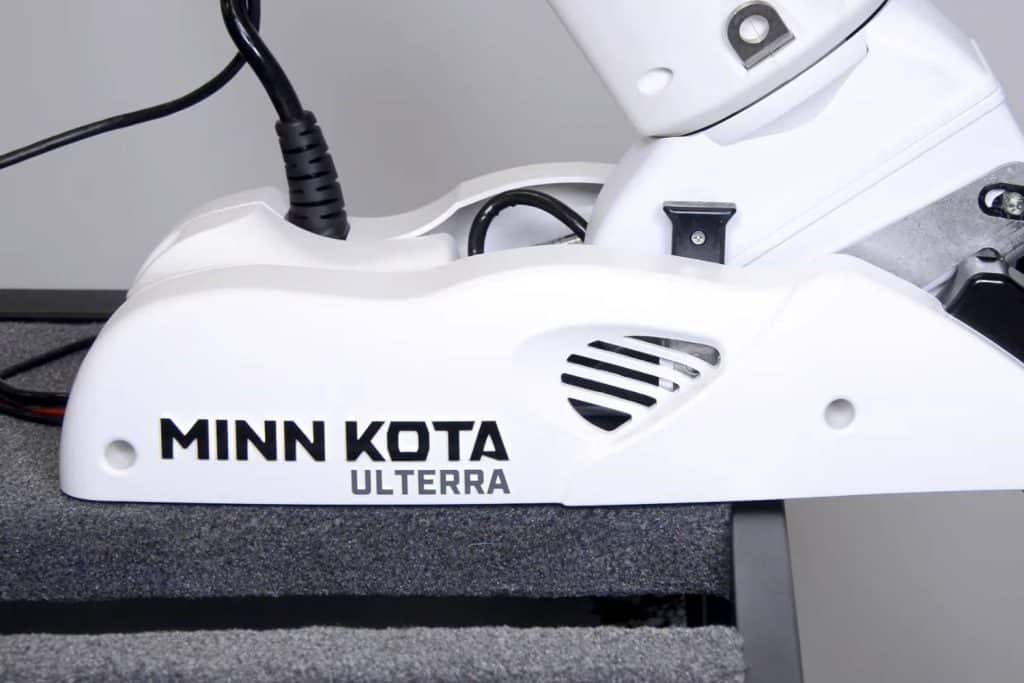 The Minn Kota Riptide Ulterra is a high-tech, cutting-edge trolling motor with all of the bells and whistles imaginable.

Everything about the Minn Kota Riptide Ulterra is automated, from lowering or raising the motor to simply pushing a button to finish any of those tasks. If you want to store or deploy your motor, just press a button; it’s that easy. All you have to do is push a button if you want to stow it, deploy it, anchor it, or anything else; it’s that simple.

There’s a lot of automation, which raises concerns about how many more things could go wrong. That isn’t actually the case, however. Because there are so few moving components that may malfunction, the chances of something going wrong are quite slim.

Overall, the Riptide Ulterra appears to be a trustworthy engine.

The Riptide Ulterra saltwater models are available in two thrusts: 80 pounds and 112 pounds.

With the motor installed, the Minn Kota Weedless Wedge propeller is included, which has a unique form to maximize thrust while avoiding weeds and underwater plants from getting caught up in the prop. 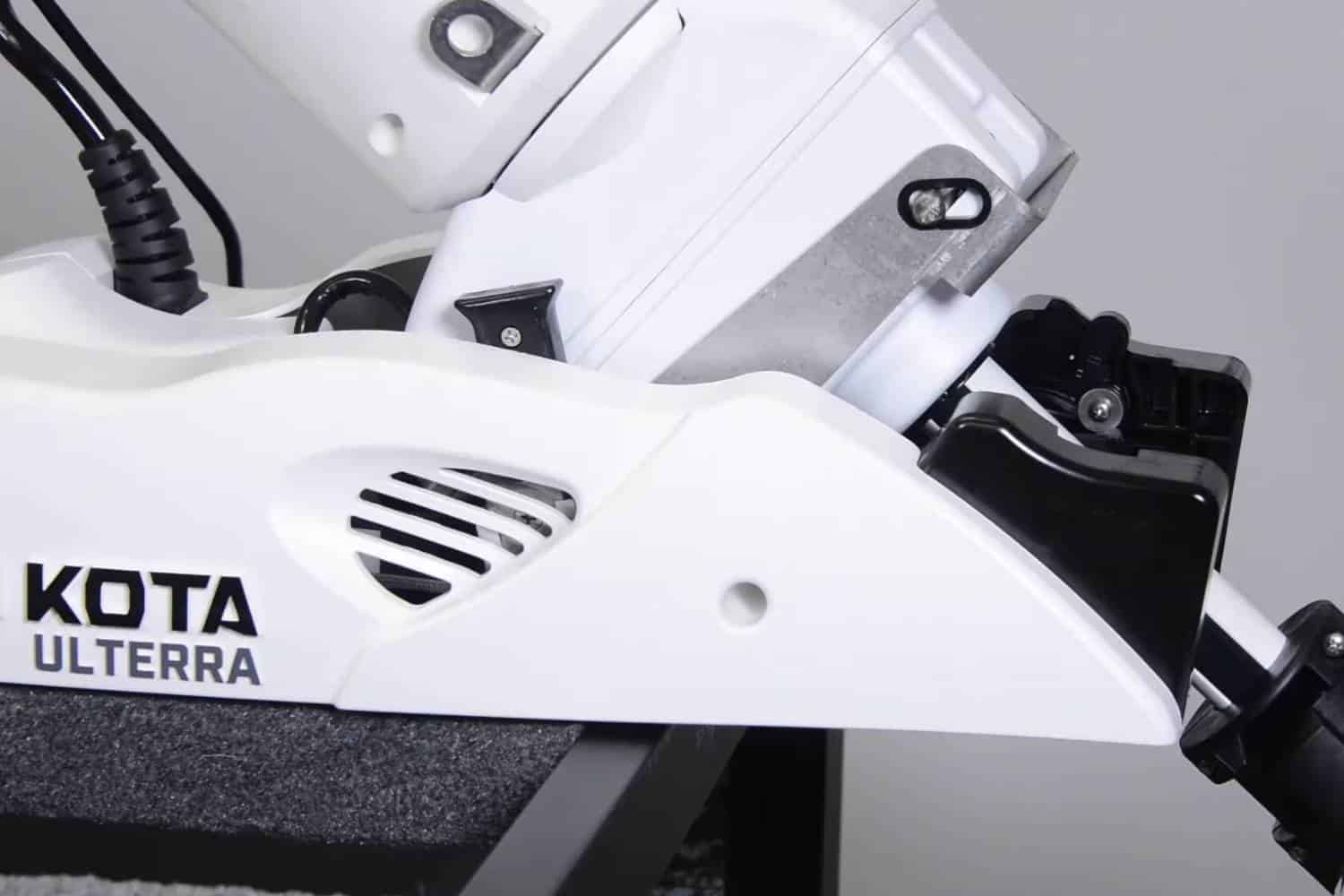 The Riptide Ulterra is available in a number of variants. The basic version is the Minn Kota Riptide, which is designed for freshwater usage. It has many of the same characteristics as the Riptide Ulterra.

If you’re fishing in saltwater, the Riptide Ulterra is the only reel you’ll need. It’s far more corrosion resistant than normal bait reels.

Check prices and ratings for the Ulterra(freshwater)

Check prices and ratings for the Riptide Ulterra(saltwater)

The Riptide Ulterra series of motors makes use of Digital Maximizer technology, which adjusts the motors automatically to ensure you get the most out of your power and efficiency. As a result, Minn Kota claims that the Riptide Ulterra lasts up to 5 times longer on a single charge than most other motors.

The Riptide Ulterra’s compatibility with Minn Kota’s i-Pilot technology is one of the most sophisticated aspects. The i-Pilot, which uses GPS to ensure that your boat goes exactly where you want it to, gives you complete control from a remote in the palm of your hand.

Spot Lock – The anchor is key in that it provides you with a fixed position, much like an anchor does. If your boat drifts more than 5 feet away from its set place, the motor will automatically turn on and return you to your desired location. As a result, while fishing in your favorite spot, you won’t have to worry about constantly moving the vessel and restoring it to position.

Record a Track – The flower-shaped buoyancy aids provide a fish with a route to follow through the water, save it, and then follow it up and down. You may follow the same path as many times as you like after saving it.

Autopilot – The navigation software in the boat’s system constantly maintains your heading for you. The autopilot will keep the boat on track and prevent it from drifting after it has been set and while the motor is running 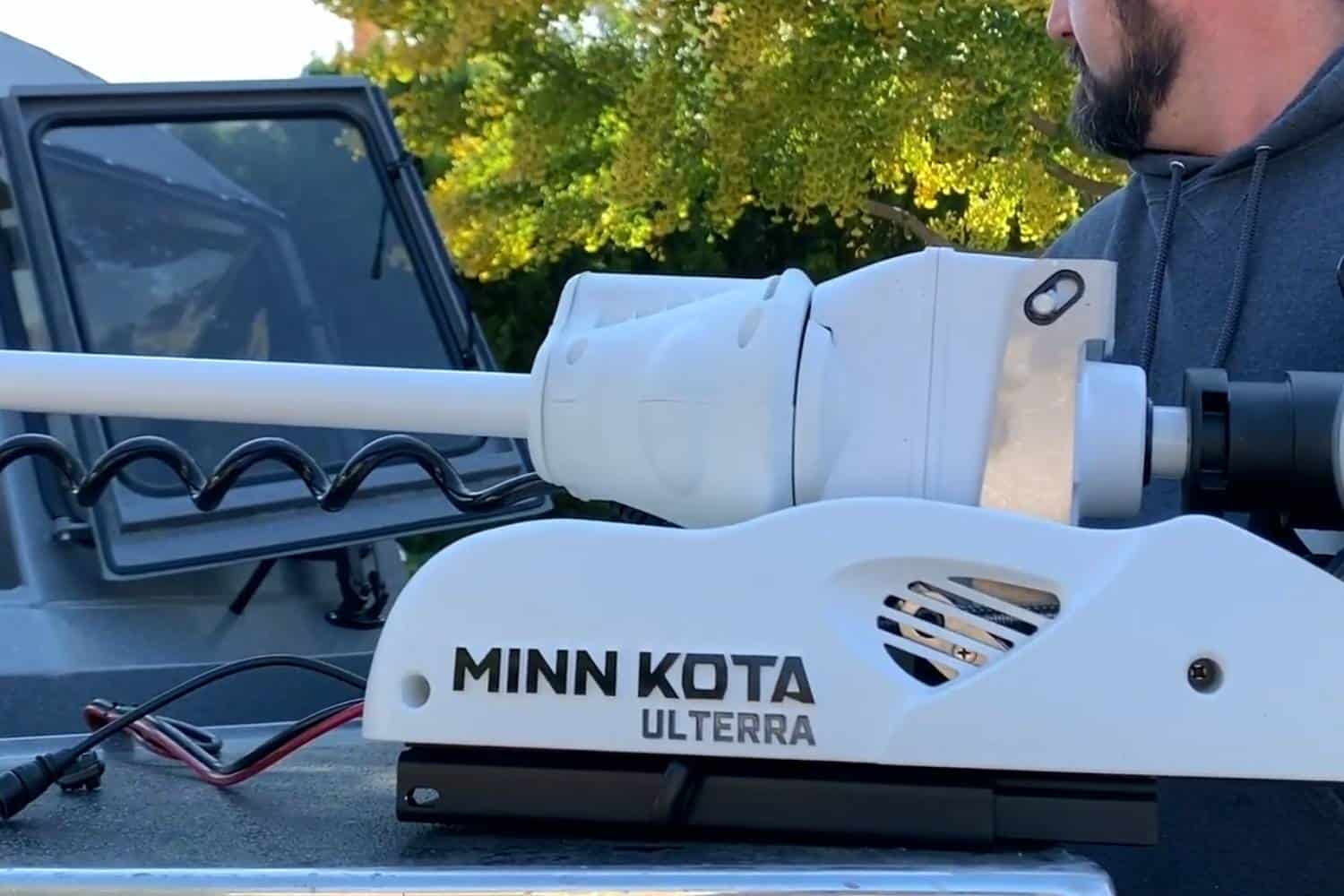 The Riptide Ulterra is a revolutionary trolling motor, even though it’s largely automated. It’s also rather costly at about $2000. Budget-conscious purchasers may choose to forego some of the more advanced features (such as auto-deploy and GPS) in favor of a less expensive model. After all, there are options available for considerably less money.

The Riptide Ulterra is a great option if you are a serious angler with the means to purchase it. It will spoil you and make it difficult for you to fish without it!

Check prices and ratings for the Ulterra(freshwater)

Check prices and ratings for the Riptide Ulterra(saltwater)