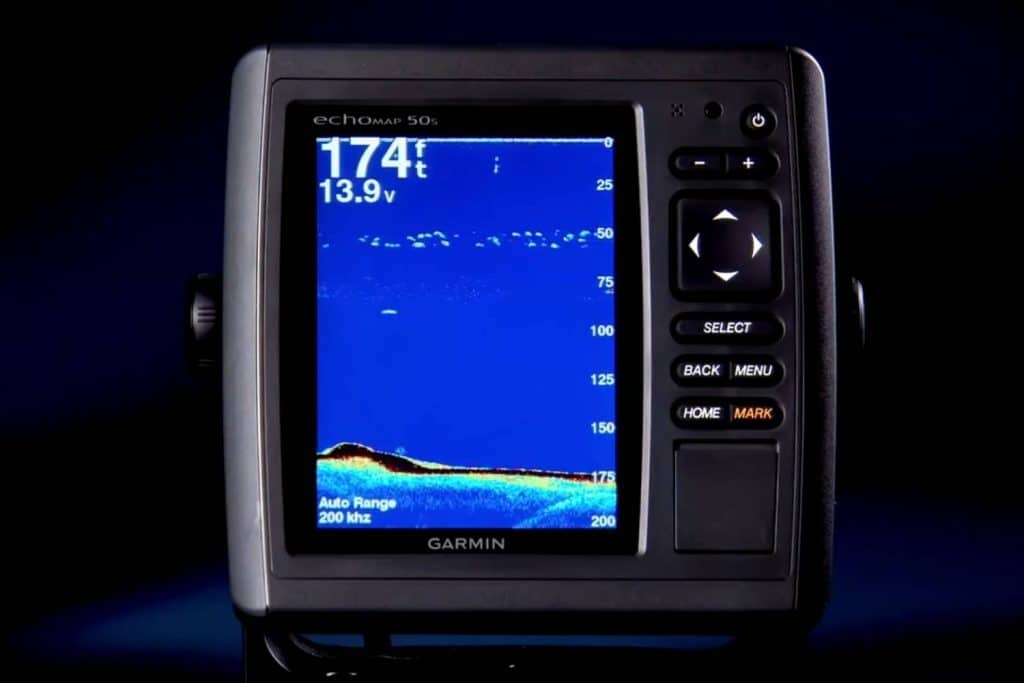 The EchoMap 50s has a 500W, 77/200 kHz transom-mounted transducer. This is plenty of power for fishing in a deep lake, and the 77 kHz SONAR will provide excellent readings at high speeds and greater depths. This makes it an ideal upgrade from an older model or even a great starting point for your new boat.

Garmin’s HD-ID technology removes SONAR returns from the screen, allowing you to spot fish with greater ease. Fish appear as long, straight lines or arches, depending on whether they are stationary or swimming about.

The EchoMap 50s has a big 5-inch color display that is visible even in direct sunlight. This display is longer than it is wide, which gives you more room to see depth because after all, SONAR is a depth finder at its core. This also implies the device will take up less dashboard real estate.

You may attach this monitor to your vehicle’s dashboard using a standard bracket, a flush mount, or for an even more modern look, you might mount it from the back of your car in such a way that only the screen shows on your dash. 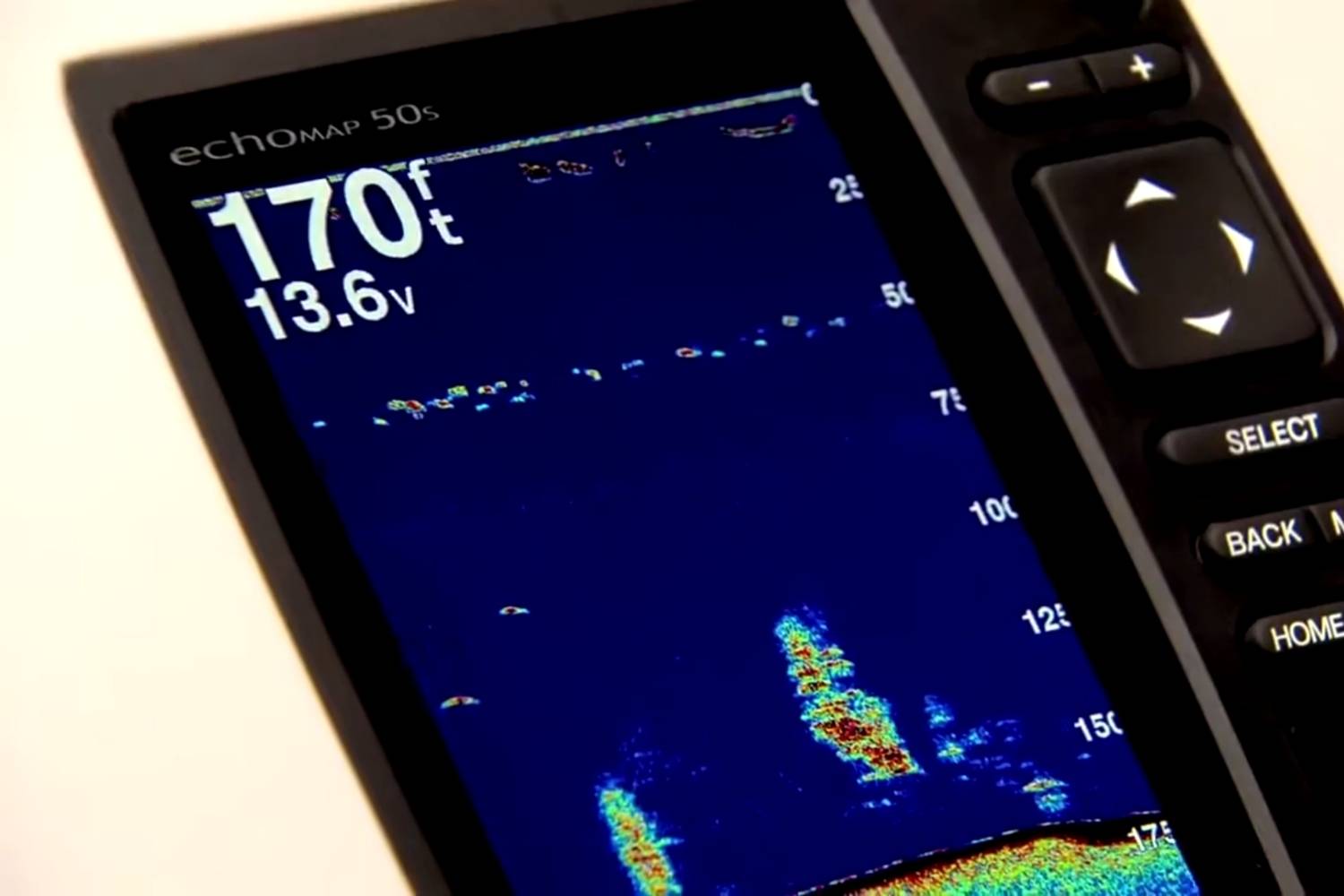 The Garmin EchoMap 50s is a GPS/GLONASS receiver that utilizes a more accurate technology than the previous version, which was only able to use one satellite at a time. The location of your vehicle refreshes up to 10 times per second, so you should notice much less delay in your GPS readings.

The Garmin Marine VHF 2200 is compatible with a variety of mapping tools. You may select between a map of 5000 US Lakes known as LakeVU HD or Garmin’s renowned BlueChart G2 vision charts – these are ideal for coastal areas.

The EchoMap will capture SONAR data and GPS location while you fish, allowing you to discover and travel to fishing hotspots even faster.

Although Garmin isn’t well-known for producing fish finders, their echo line has proven to be a good performer since the start. Even their earlier (now discontinued) devices, like the Echo 100 and Echo 300c, were superior to others in their category. If you pick Garmin, you can expect them to deliver.

The EchoMap 50s has WiFi, so you may connect it to your tablet or smartphone and use it with marine-specific applications on the device, such as Garmin BlueChart Mobile for streaming SONAR/GPS to your iPad for later review. 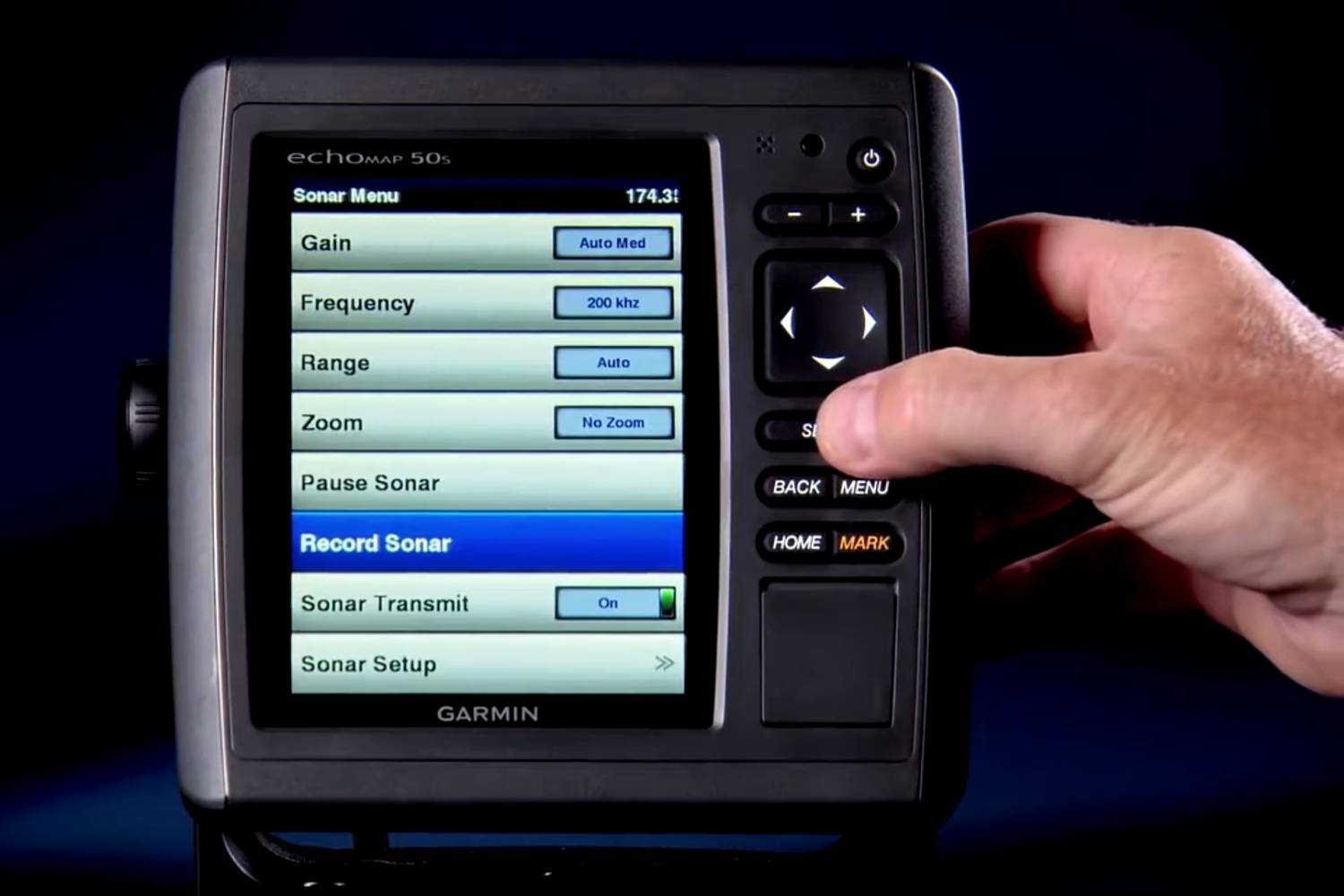