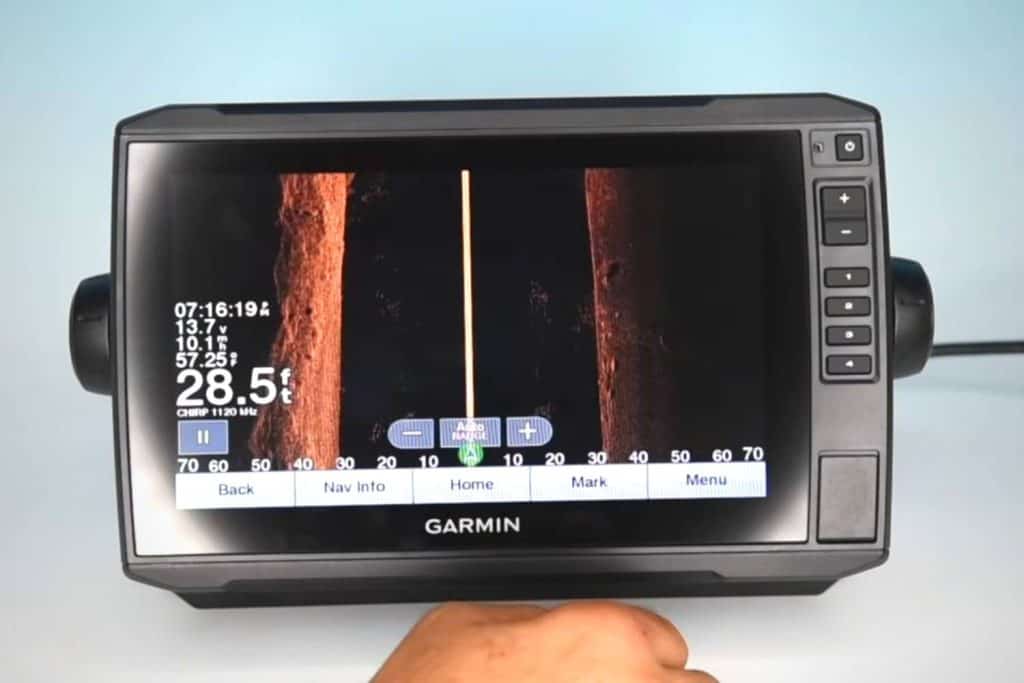 It’s a little pricey at over $1000, but for the huge display and the cool features, it would be well worth it in a larger boat.

The enormous 9-inch display is the first thing that catches your attention. To put things into perspective, 9 inches is almost the equivalent of a tablet; therefore, having such a vast screen makes reading the display very simple. You may also divide the screen into four parts to analyze four separate SONAR readings at once, giving you more data to assist you make the best possible cast.

At first, you are actually paying for the display, similar to Lowrance HDS units. However, this is eventually justified since regardless of whether the SONAR is of comparable quality, you’ll be able to see considerably more on a larger screen and have a far more pleasurable experience with the fish finder. 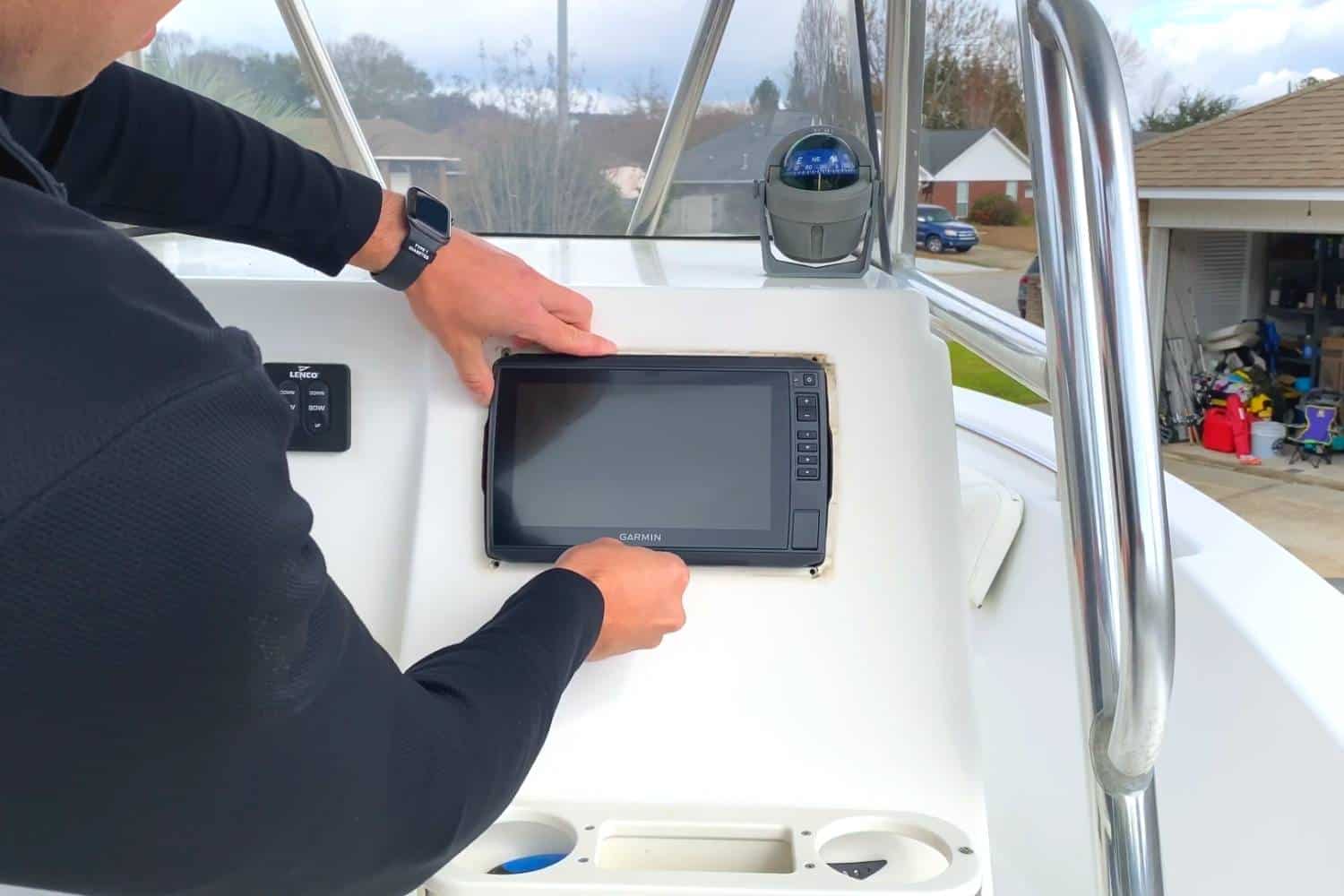 Garmin is a well-known name in the world of navigation. They are one of the most established firms in the business and may even be labeled as itsleaders.

Because of this, they have produced a navigation solution that is nothing short of amazing. Because the BlueChart g2 maps are already installed on the device, simply entering a location and pressing GO will take you there.

If you want to find out how to get around the huge island, consider taking a look at this GPS. It’s not as simple as your typical fishfinder that just shows your position – this is a full-featured navigation device.

The BlueChart G2 charts include the coastal United States, the Bahamas, and the Great Lakes region of the United States. Basic charts, tidal stations, currents, depth contours, IALA symbols, and fishing charts are all represented by BlueChart maps.

The EchoMap 94SV includes a CHIRP SONAR that provides excellent definition and clarity, far exceeding what the previous traditional SONAR can offer. You may see individual fish in older SONAR rather than seeing a school of fish as a huge blog, for example.

The SONAR operates on two frequencies: 77 kHz and 200 kHz. In saltwater, Garmin claims that the 77 kHz SONAR penetrates 2,300 feet, while the 200 kHz SONAR penetrates 1,100 feet. Actual depth will be somewhat lower in both freshwater and saltwater due to factors such as surface tension, but you’ll still get more than enough penetration for your fishing needs.

This fish finder includes the CHIRP SONAR, which is a high-frequency 3D imaging SONAR that displays a life-like image of the underwater environment. DownVu scans what is immediately beneath the transducer and SideVu reveals up to 700 feet on each side of your boat.

Because you have a large screen, you’ll be able to utilize all three SONARS at the same time and view all of the data on one screen in a split view, giving you more information than ever before. 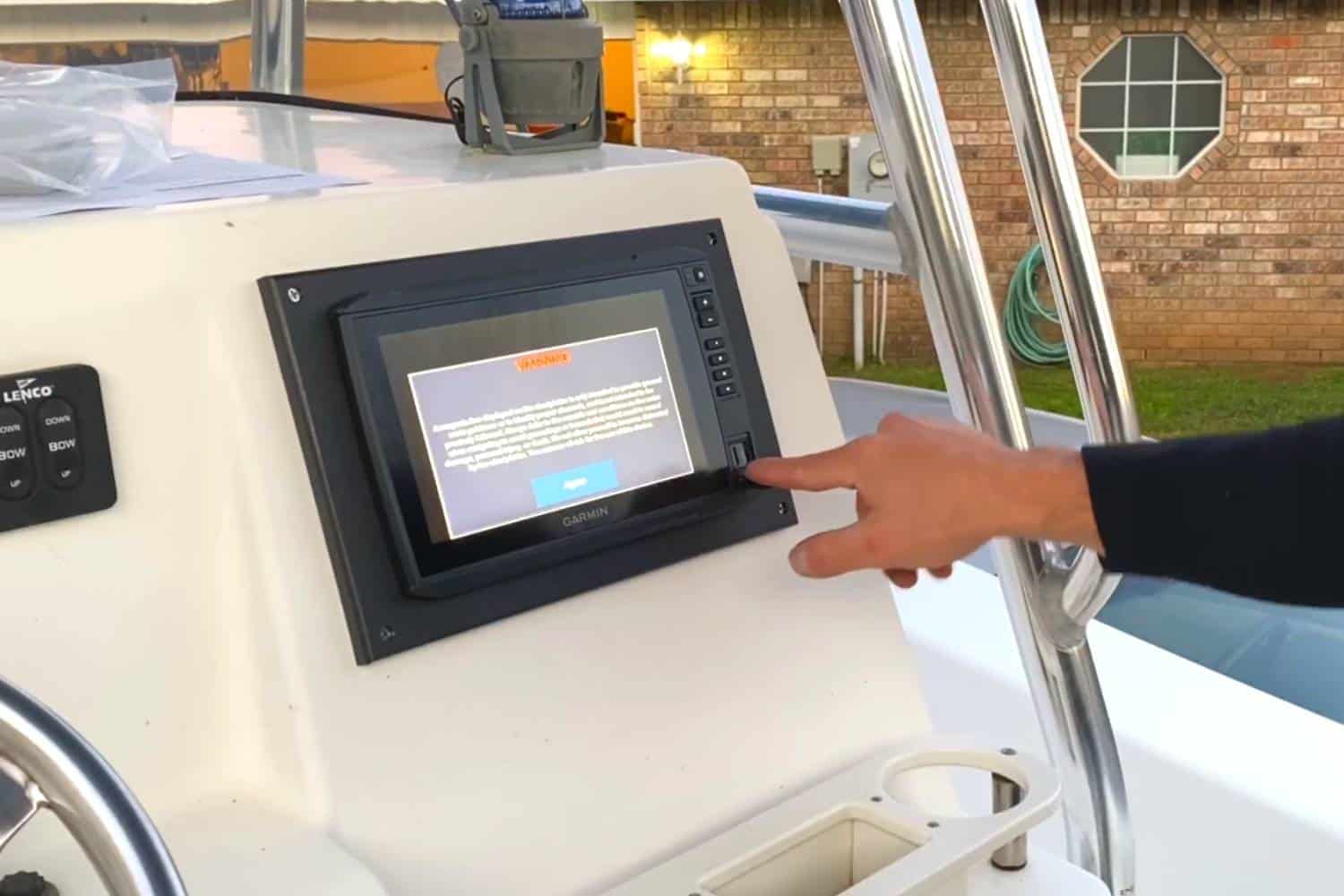 You’d think a 9-inch screen on a huge fishfinder would be cumbersome, yet you’d be surprised. Garmin did an incredible job of integrating the fish finder into a very comfortable design. The wires all go through the mount, so you can simply attach and remove the device quickly.

Do you want to store your boat for a while but don’t want to leave your beautiful display on the boat? It’s as simple as snapping it off and taking it with you, so there’s no need to worry about wires or other complications. When you return to use your boar again, simply snap it back in.

One question to ask yourself before installing the unit is whether or not you have adequate room! You’ll need a bass boat or a similar-sized boat to accommodate this equipment, as it isn’t suitable for tiny boats or kayaks.

You can also mount the transducer to a compatible MotorGuide or Minn Kota trolling motor’s center shaft.

Create your own maps with QuickDraw contours

You may use the Garmin EchoMap 94SV’s SONAR readings to make your own maps on the go with the free QuickDraw Contours tool. These maps are yours to keep, and you have the option of sharing them with your friends or uploading them to Garmin. However, they are your personal fishing locations’ personalized maps for your leisure time.

The capability to generate virtual maps from a variety of data sources is similar to Lowrance’S Insight Genesis mapping system. 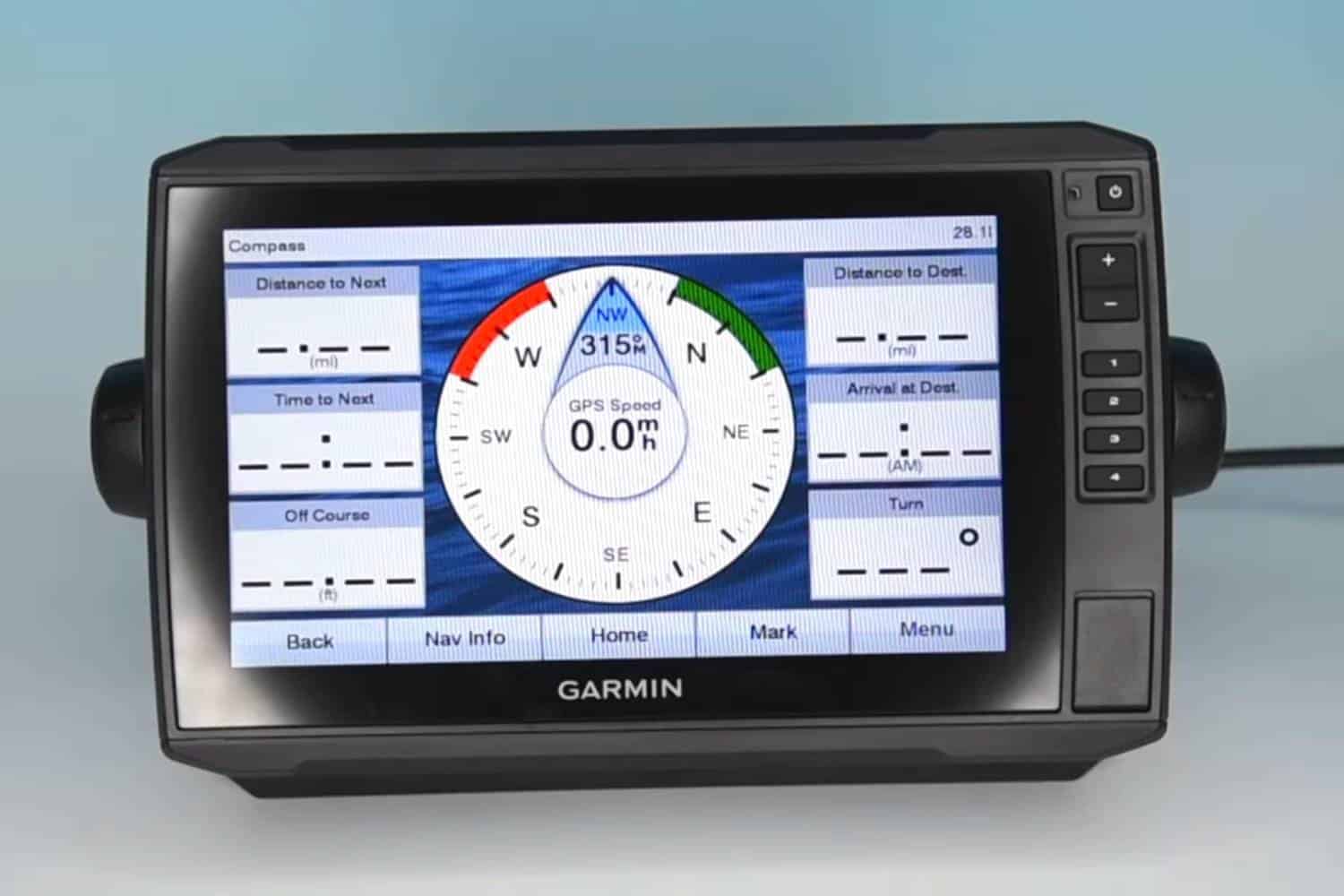 The only drawbacks I can think of for the EchoMap 94SV are that it lacks networking capabilities, so the screen can’t become the star of your boat like the Lowrance HDS models.

Aside from that, the price is rather high, making it difficult for beginners in fishing and boating. Models from other manufacturers with comparable screen sizes will also be available at a similar cost.

The EchoMAP 94SV is available in two versions: with and without transducer. If you already have a boat equipped, the without transducer model is a good choice since it allows you to upgrade your display. If that isn’t the case, however, the with-transducer version is what you’ll want because it’s compatible with all of the frequencies as well as DownVu and SideVu and has one transducer. 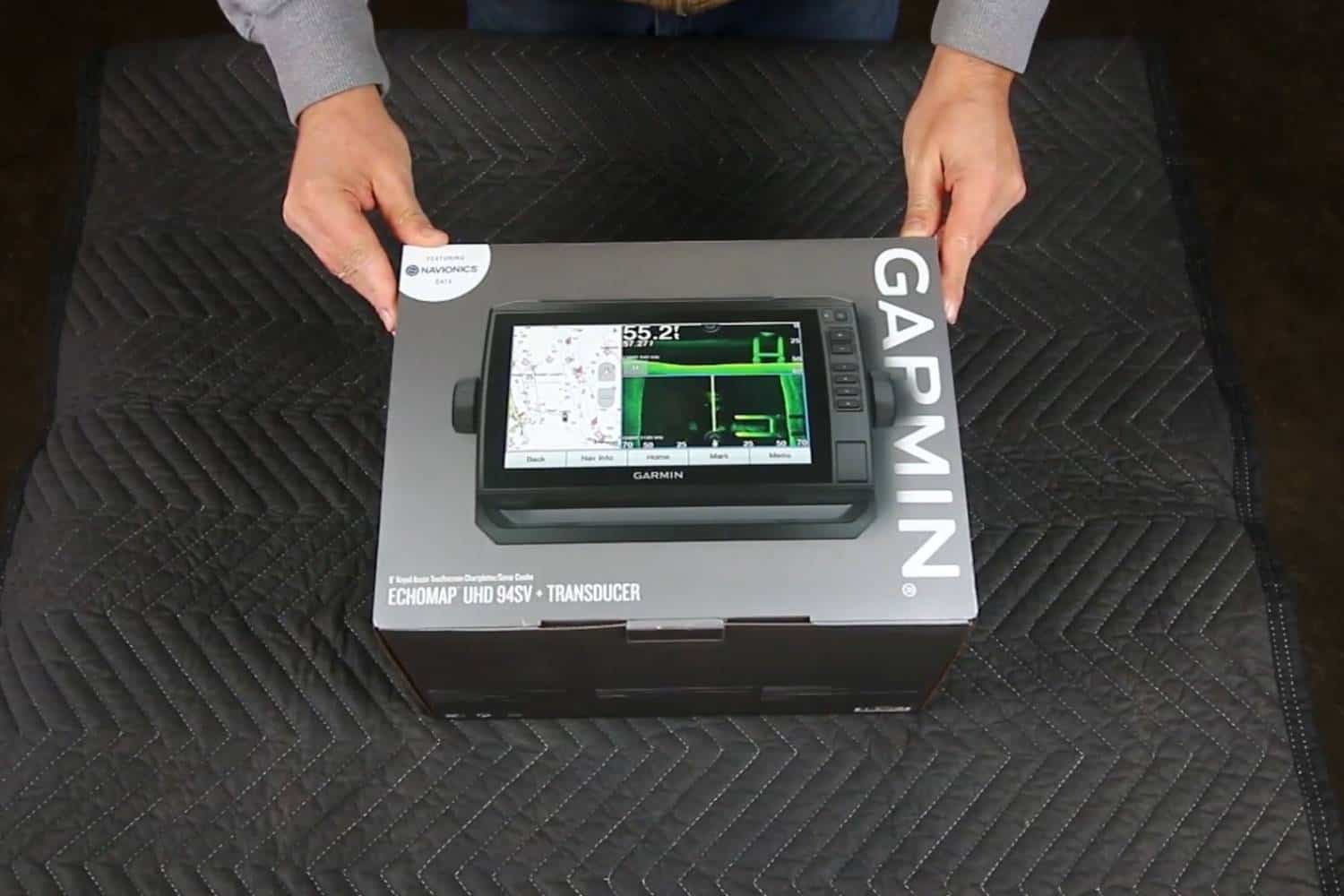