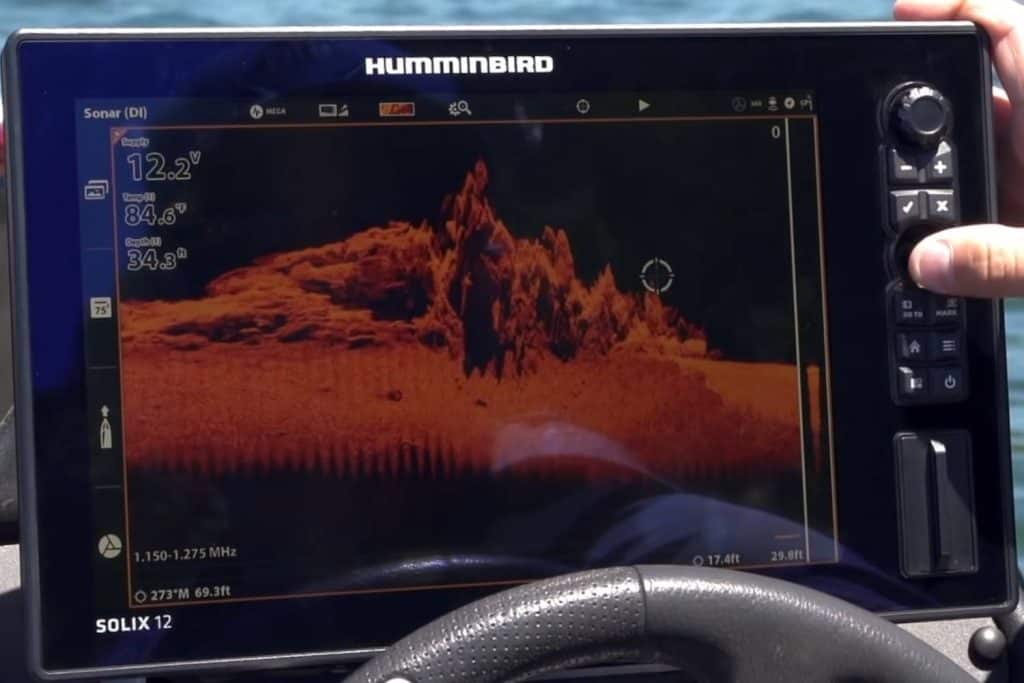 The two systems employ high-frequency SONAR sound waves to generate a very detailed image. While normal transducers operate at 50/83/200 kHz, down imaging and side imaging transducers function much higher, at 455 or 800 kHz.

Humminbird refers to its technology as Down Imaging and Side Imaging, Lowrance calls theirs DownScan, SideScan, and StructureScan, and Garmin names it DownVu. These are all essentially the same technology.

Some fish finders, such as the Lowrance Elite HDI series and the Lowrance Hook series, are only DownScan, while others, like the Humminbird Helix 5 SI, are only Side Imaging.

The Lowrance HDS is a little more expensive, but it’s still rather reasonable. If you truly want to go all out and get something that has both features, the Lowrance HDS is the way to go – but it will set you back a few thousand dollars on its own.

Before you invest in a fish finder, you’ll want to figure out which one is best for you.

Advantages of Side Imaging

Side imaging is a very powerful tool. Because the transducer shoots sound waves out on both sides of your boat, you can cover a much greater area with side imaging than with down imaging.

You’d know where the best cover and structure is, as well as how the bottom is shaped after a few trips around the lake.

When it comes to side view, you can be certain where the reading is located. If there are a lot of trees in down imaging, you won’t know which one is which because it is a flat picture.

You can also check to see whether certain trees were on the left or right using side imaging.

This was captured using down imaging. The trees appear to be in a line.

In side imaging, you can see exactly where everything is.

Advantages of Down Imaging 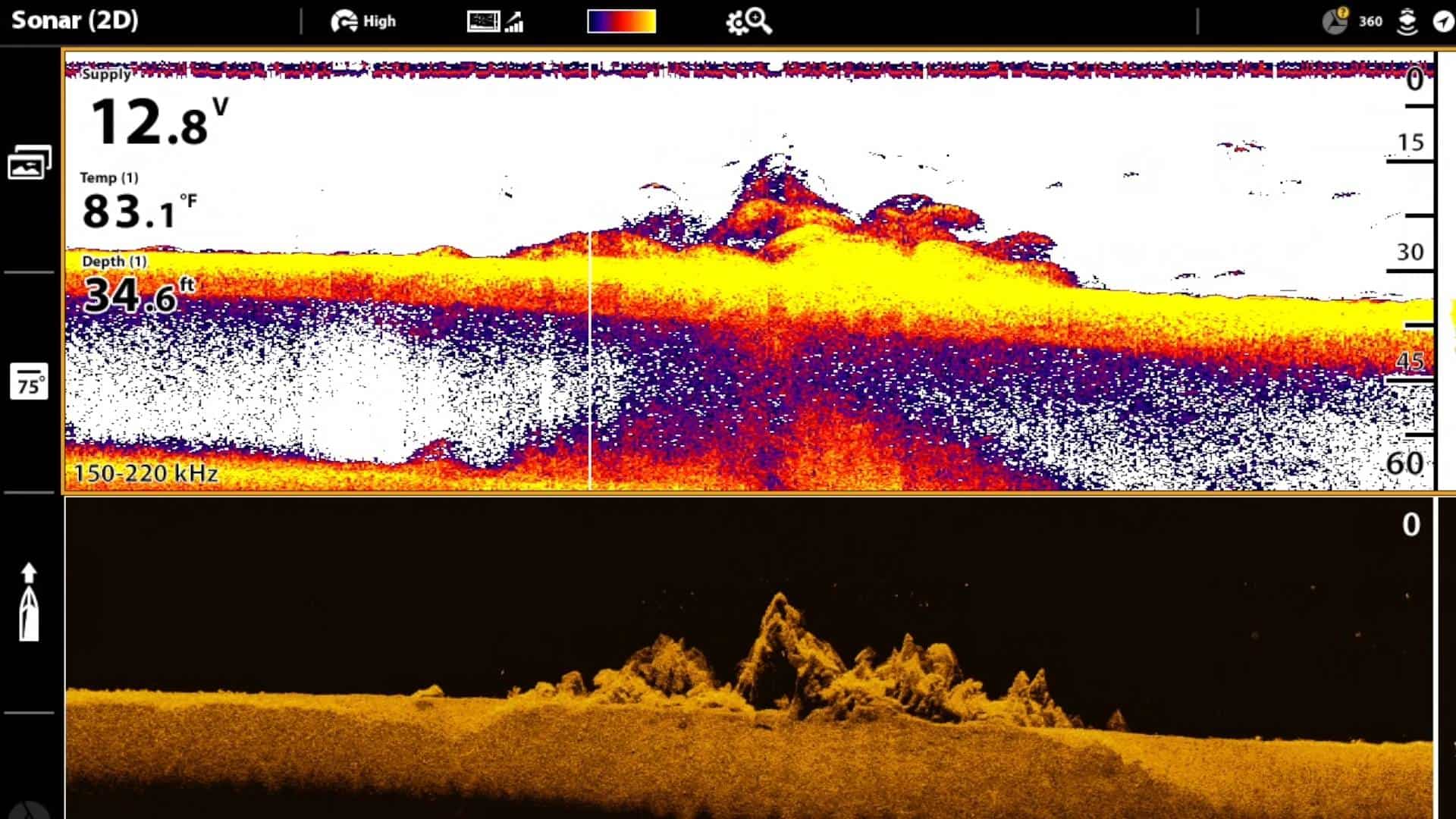 When examining a specific component of construction, stereoscopic 3D imaging is beneficial. Any large thing will just show up as a color blob on typical 2D SONAR, changing hue according to how soft or hard it is.

With down imaging, you’ll be able to distinguish almost certainly what it is – whether it’s a tree, a rock, a sunken boat, or some other underwater ridge.

Finally, down imaging is less expensive than side imaging. So if your funds are limited, anything is preferable to nothing, so get down imaging at the very least.