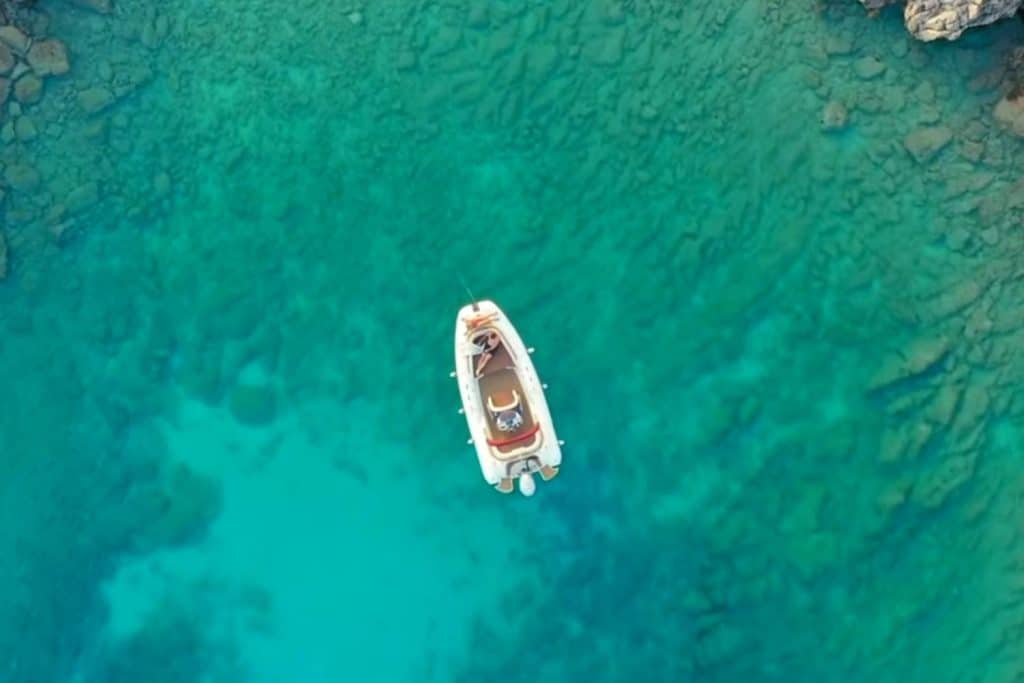 Buying fish finders might be frustrating – overwhelming, even! To make things easier for you, we’ve divided all of the fish finders we have into various categories and chosen the best from each.

You may also find our guide on How To Choose A Fish Finder useful if you want to get into the nitty gritty details, and we’ve also got a section on The Best Fish Finder For Small Boats & Kayaks if you’re a kayaker. Check out our section on Fish Finder Apps for extreme portability.

If you don’t have a boat

A FishHunter portable fish finder – If you don’t have your own boat, you like to fish from the beach, a pier, or perhaps hire a boat or go with a friend. The FishHunter ultra-portable fish finder is the way to go in that situation. There are numerous other fish finder applications on the market; however, based on our tests, the FishHunter is the most value for your money. It’s as simple as downloading and installing the app on your phone, connecting your phone to the portable device via USB, attaching it to your line and casting when using it. Now you have a nearly full-featured fishfinder working from your mobile! 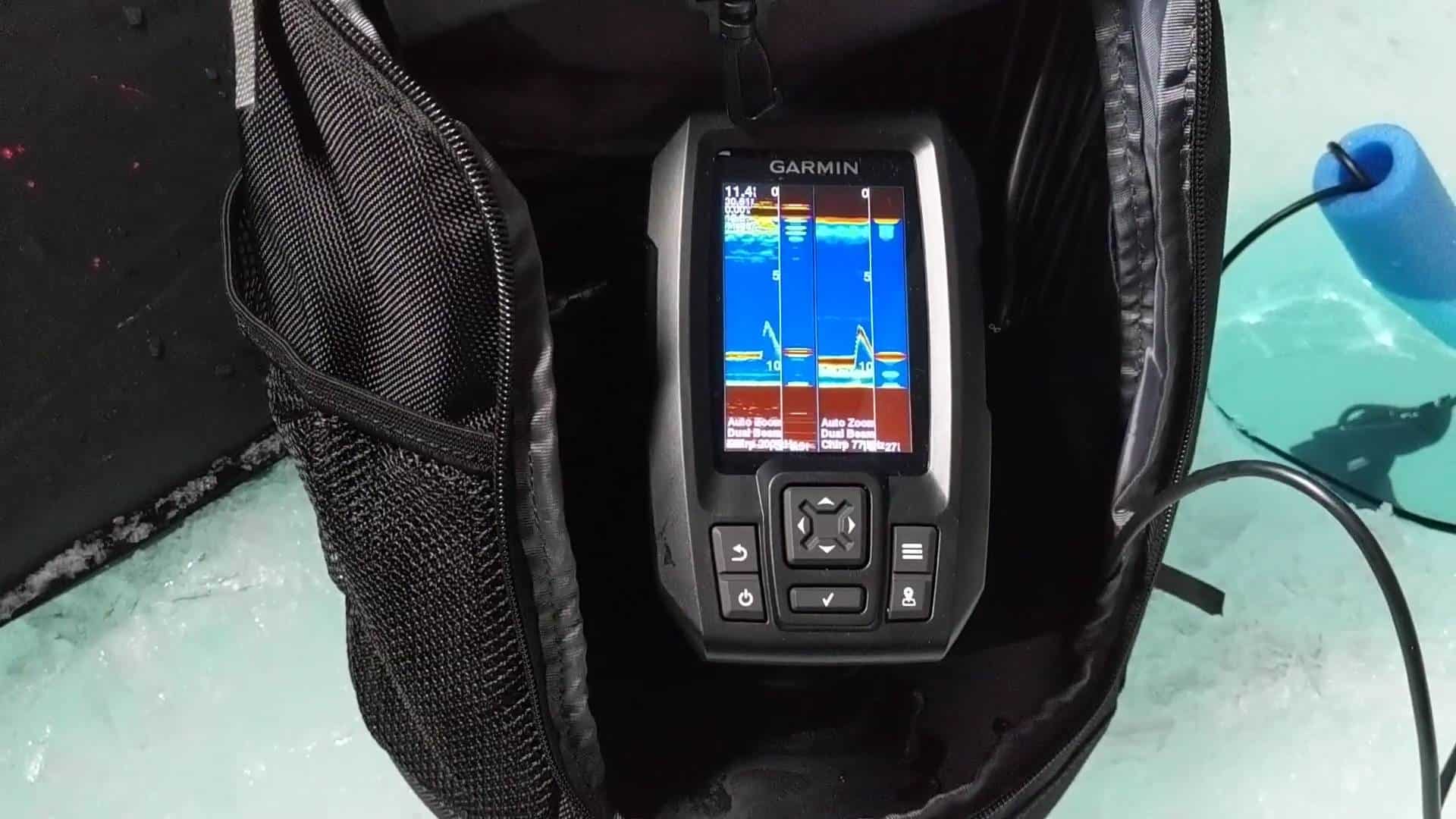 The Garmin Striker 4 is a wonderful marine fish finder that you can use to locate and catch more fish. The Garmin Striker 4 costs less than $150, but it includes GPS and clear 77/200 kHz CHIRP SONAR in a tiny and convenient package. If you’re restricted by both money and space, the Striker 4 is the way to go. Smooth scaling(changing the screen depending on depth), auto-detecting fish, and the capacity to label waypoints are just a few of the features found on this Striker 4 model, which competes with much more sophisticated fish finders. 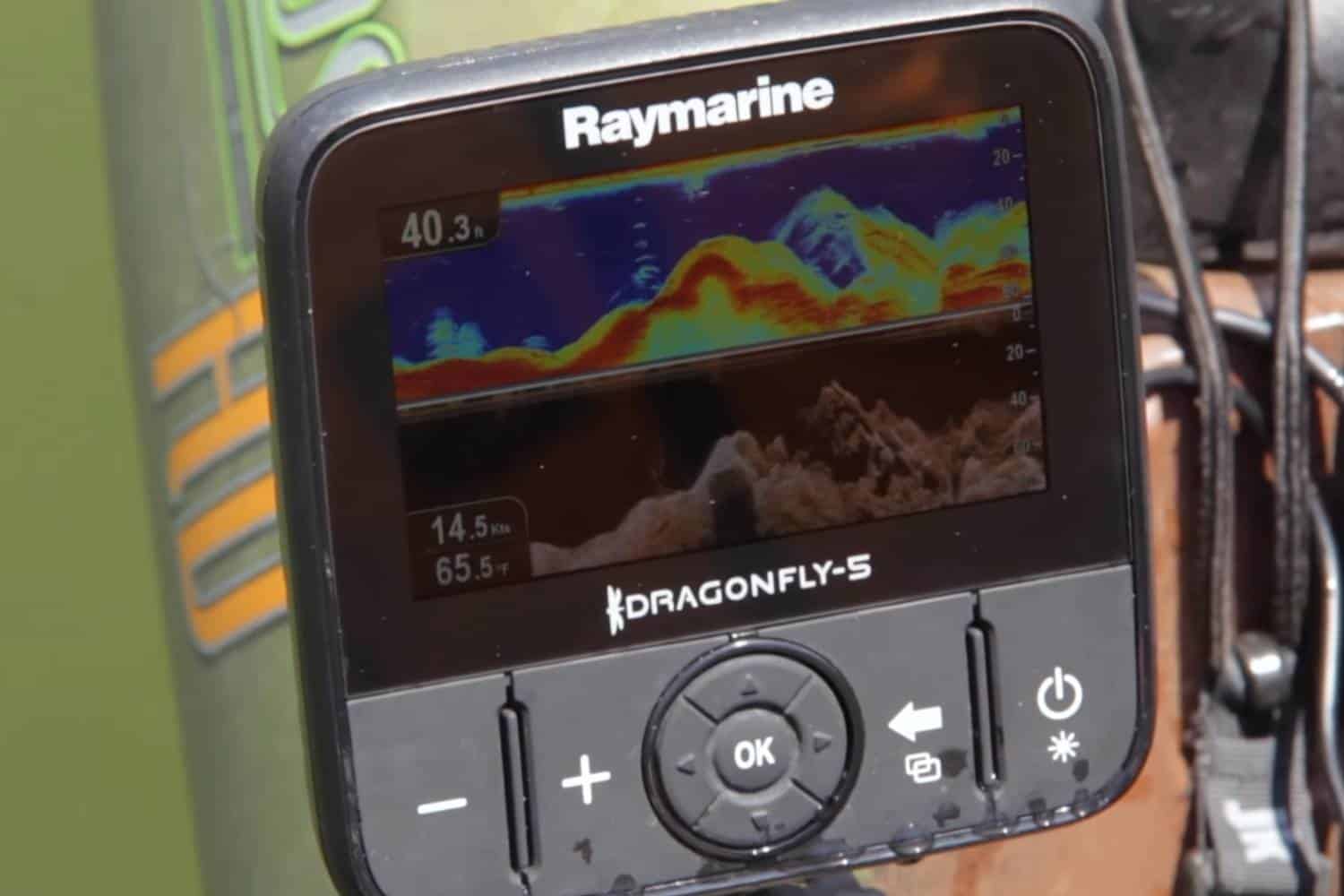 The Raymarine Dragonfly is a whole new ballgame when it comes to locating fish. With a highly precise GPS and cutting-edge CHIRP SONAR, Raymarine has crammed functions found in systems costing thousands of dollars into a machine that costs less than $700. There’s also a big 5″ screen. The real difference maker with the Dragonfly is that you can operate the entire thing with just three buttons. It’s really simple to use! 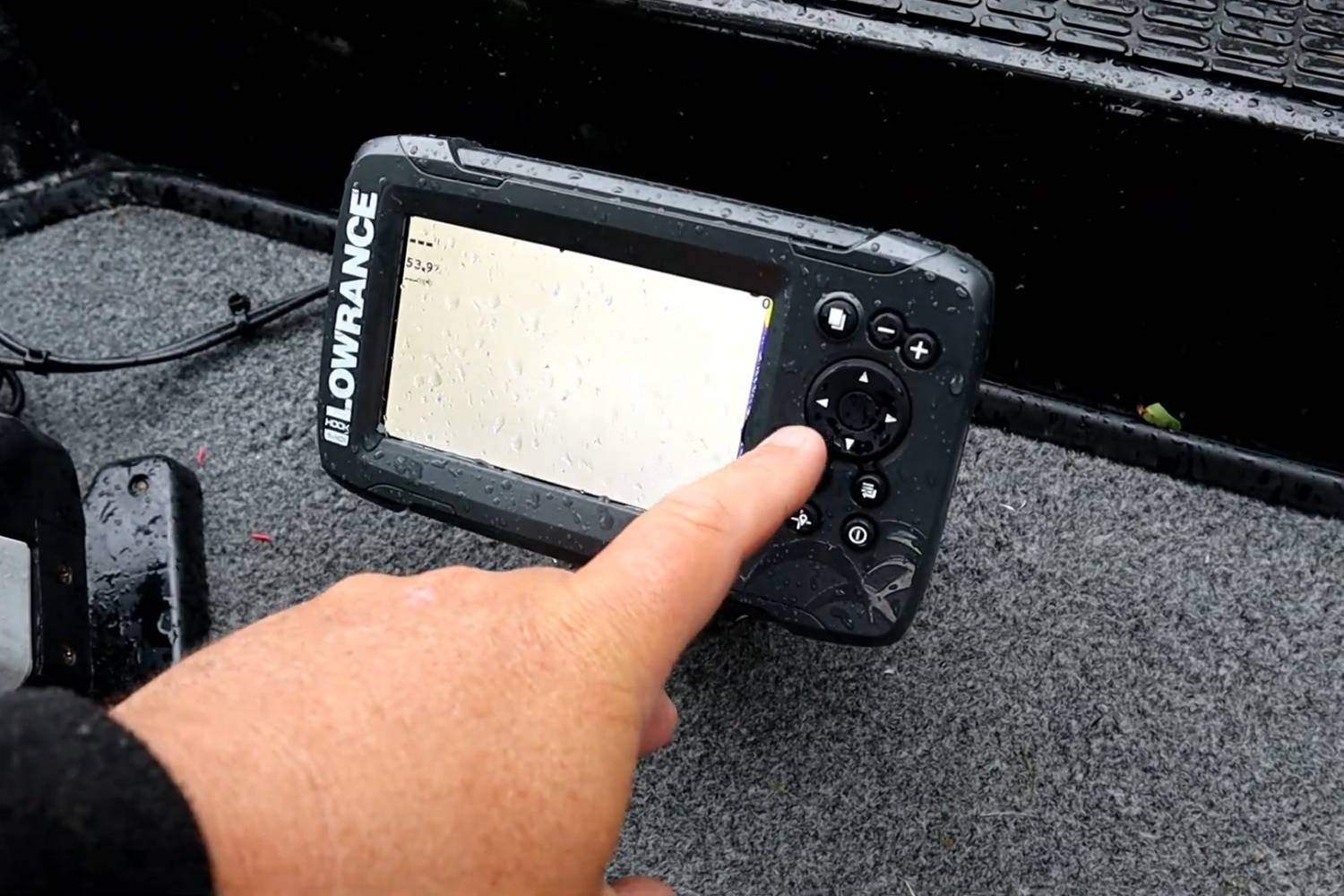 The Hook 5x is a Lowrance’s new Hook family, which is a budget Lowrance series that combines traditional SONAR and DownScan Imaging. The Hook-5x offers four fish locating frequencies in one tiny transducer, all neatly packaged. If you want power and functionality without breaking the bank, the Hook-5x is ideal. There’s only one drawback: it doesn’t have built-in GPS. If you need GPS, the Hook-5x is worth considering, as it has a larger brother called the Hook-5. 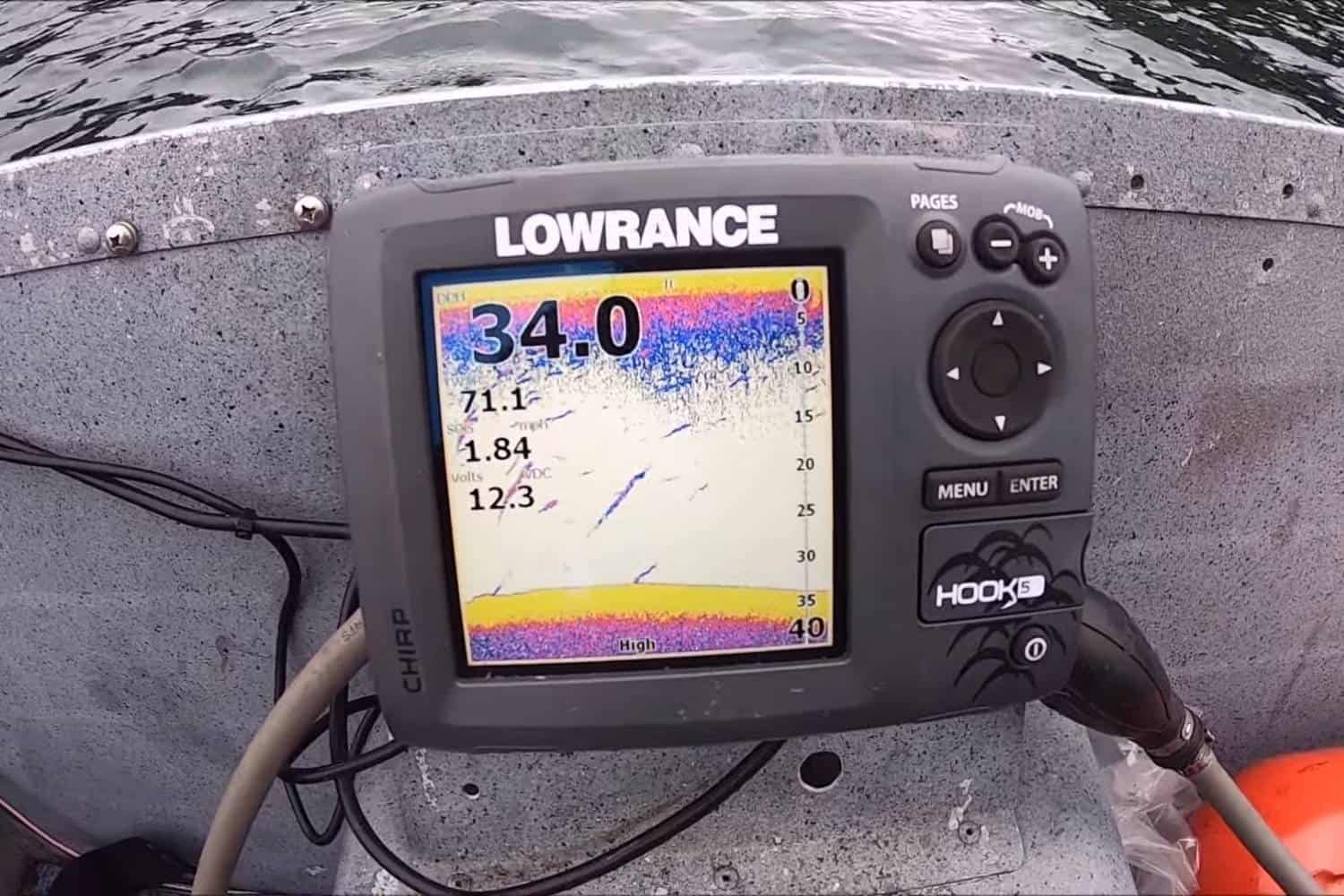 The Lowrance Hook 5 is a mid-sized, high-powered fish finder with SONAR and DownScan technologies that can be viewed side by side. It uses CHIRP technology, which ensures that you receive a highly defined image at all times. It also has an onboard GPS antenna for reliable signals. The built-in mapping package is already quite sophisticated (featuring 3000 US lakes and rivers as well as coastal areas), but you may expand it using the built-in MicroSD card slot to obtain really detailed charts like Navionics Gold and C-Map (see this page for additional information). 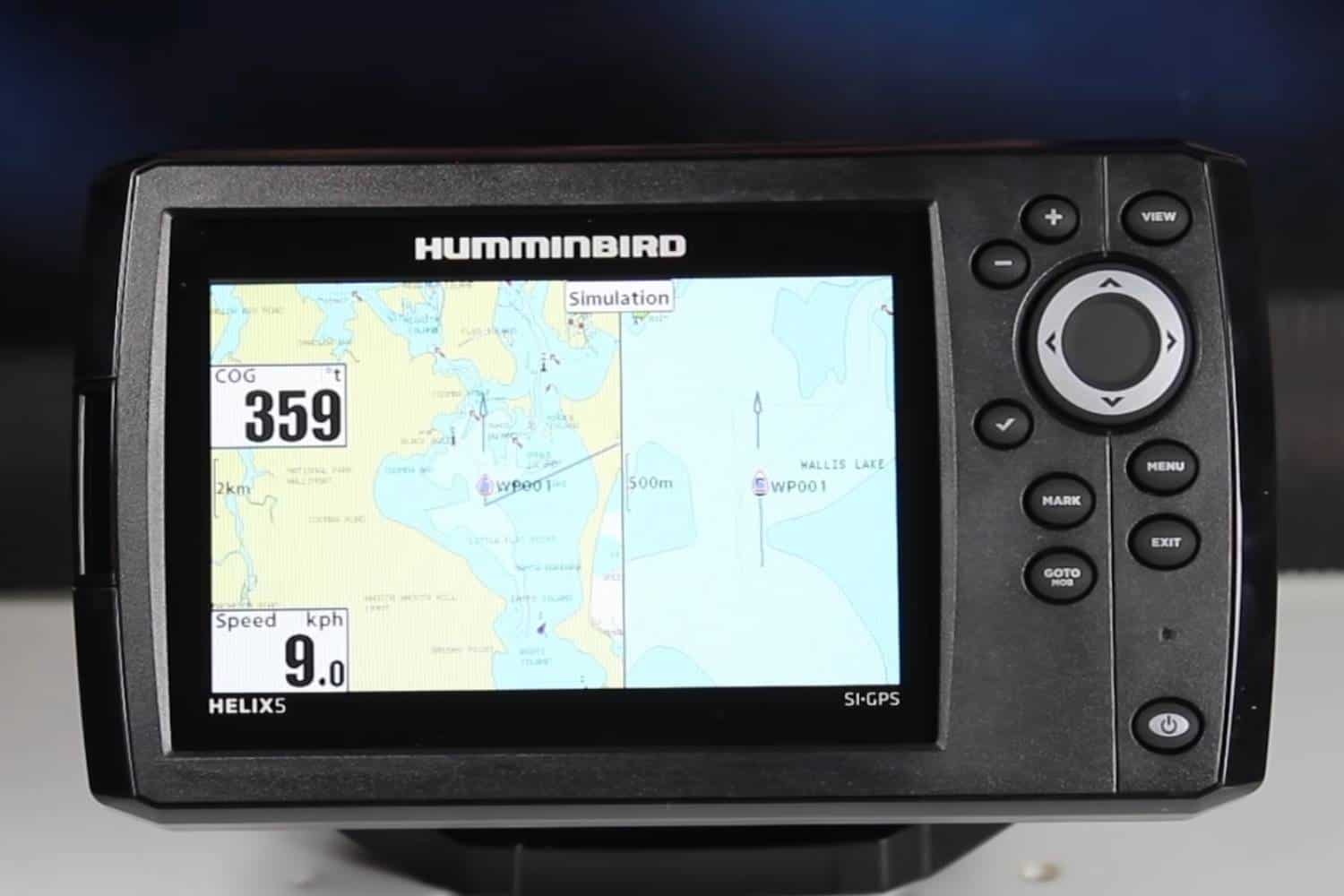 Down Imaging is the foundation for side imaging. Side Imaging allows you to see up to 240 feet on either side of your boat, giving you a bird’s eye view of the entire structure beneath your boat. It’s not very helpful when it comes to seeing what’s in the water column itself, but it does allow you to cover a lot of water in little time and get a bird’s eye view of everything. It’s also essential for mapping out whole lakes. While the Side Imaging on many models is pricey, it would most likely cost you a significant amount of money. Humminbird has looked into that and the Helix-5 SI now offers you the same technology for less than $500. 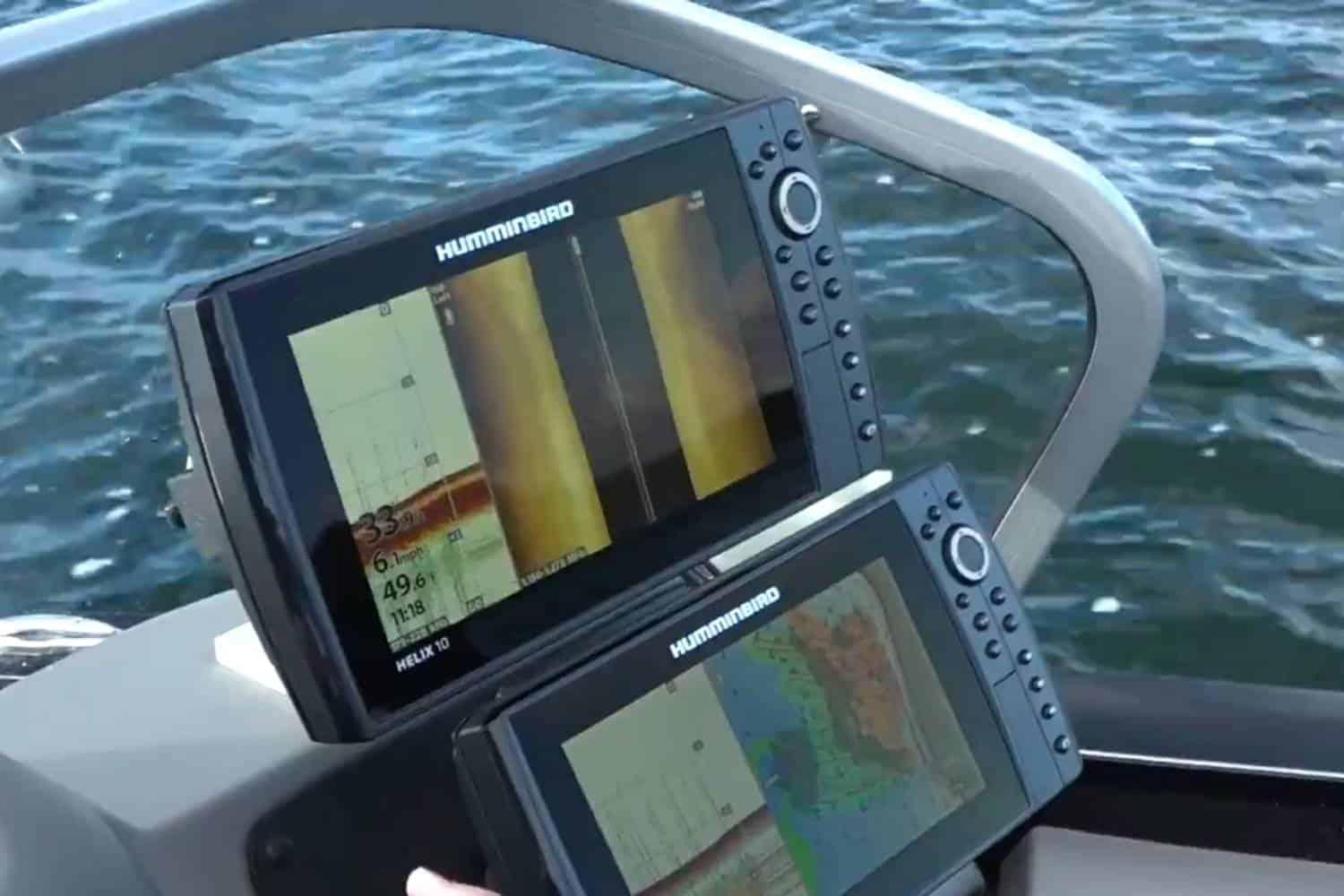 The Helix 10 SI is the bigger brother of the Helix 5 SI. It has a massive, 10-inch wide screen that’s ideal for viewing Side Imaging readings and traditional SONAR, as well as robust GPS. It’s like a cross between the Lowrance HDS and the smaller Helix series fish finders in that it combines elements of both. This fish finder is for serious fishermen who want nothing less than the best for their vessels.

The Lowrance HDS is a no-brainer if you have the cash. Your fishing boat will become an unstoppable fish catching machine with powerful maps, excellent SONAR, and the ability to add DownScan and Side Imaging along with the LSS-2 StructureScan module. You may also connect any NMEA 2000-compliant equipment to the HDS display and see it on there. However, my favorite ability is being able to overlay Side Imaging information on a map and view both SONAR and mapping at the same time. The HDS series is available in sizes ranging from 5 inches to 12 inches, with pricing varying accordingly.