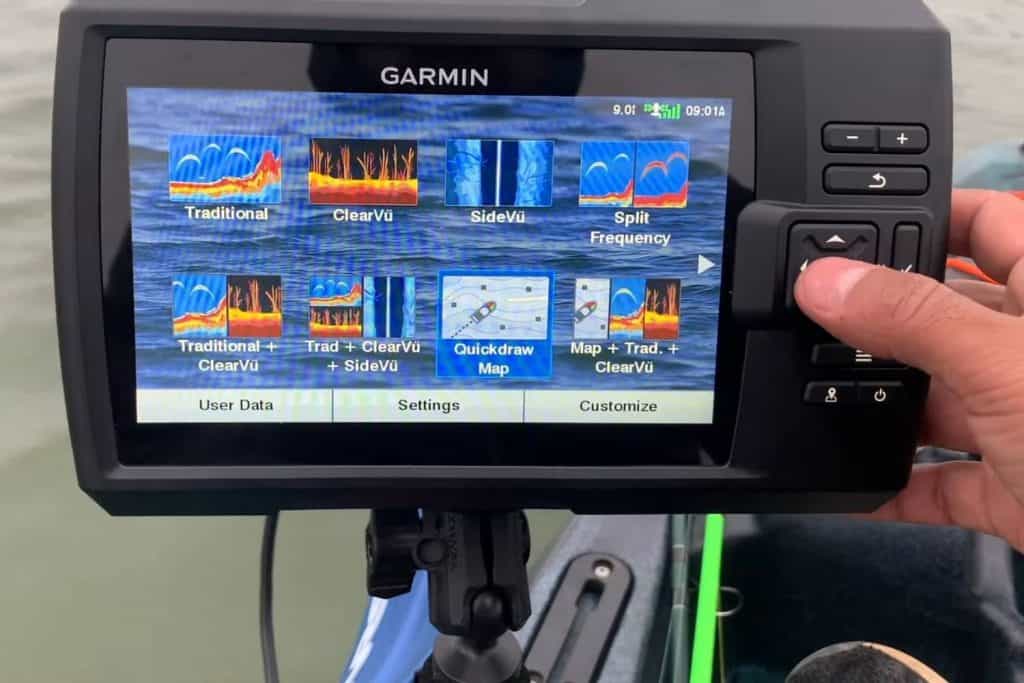 Smartphones are fantastic for fitting big, bulky things into the palm of your hand – and they’re no different when it comes to fish finding. These fish finder applications take what used to need a big setup and plenty of hardwiring, as well as consideration for power and location, and turn it into something you can put in the palm of your hand and bring with you anywhere. 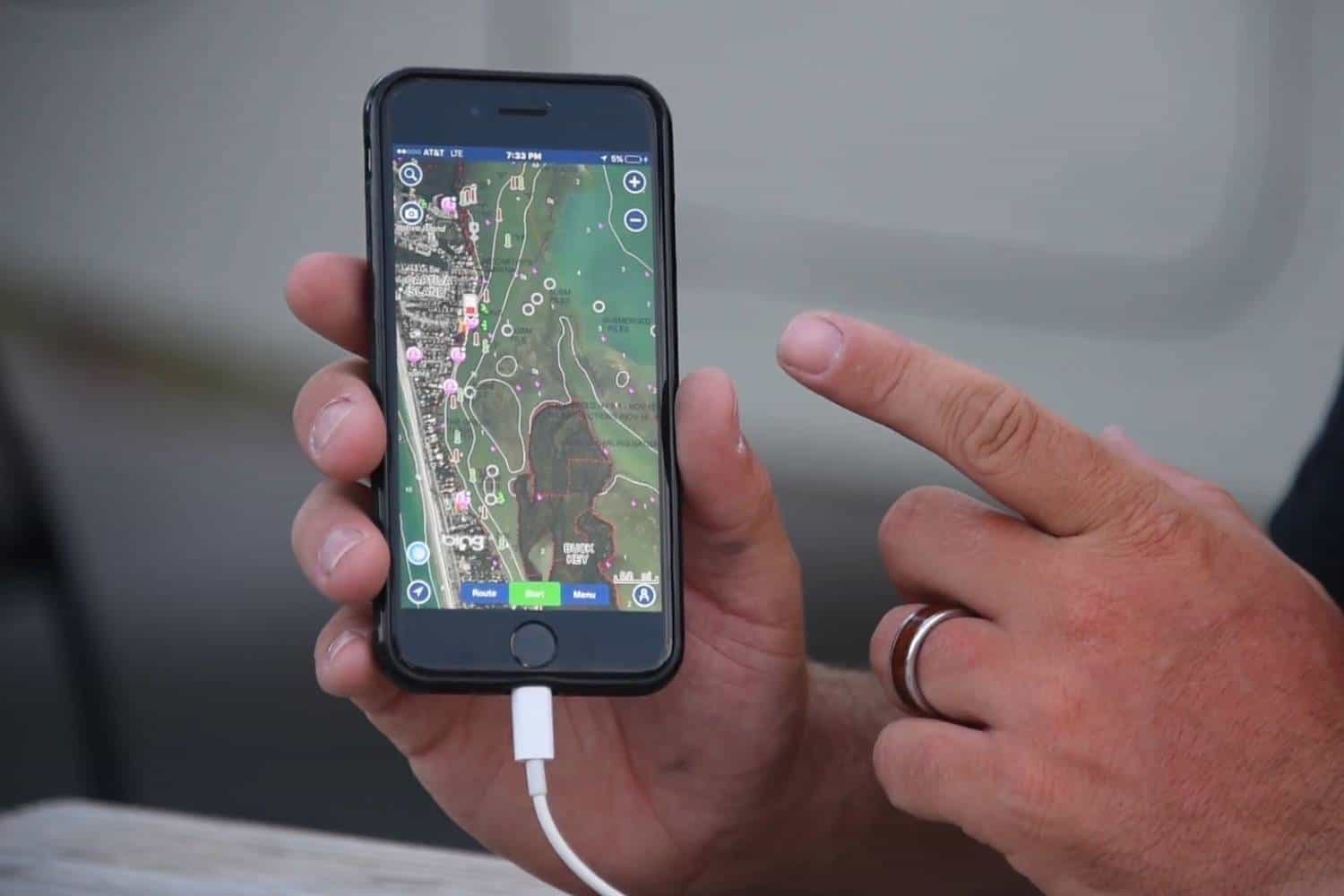 There are various smartphone fish finder applications on the market right now. Here is a brief summary of four of the most popular ones. They’re all relatively inexpensive when compared to larger fish detectors, and they all have the benefit of working with a smartphone connected to the internet all of the time, so they can display an enormous amount of information.

Another advantage of app-based fish finders is that you are no longer restricted by screen size. Screen size is a significant consideration when it comes to determining the cost of regular fish finders. Larger screens generally imply higher pricing. You may already have a phone with a big screen or, even better, a tablet – so you can save money on the screen itself. 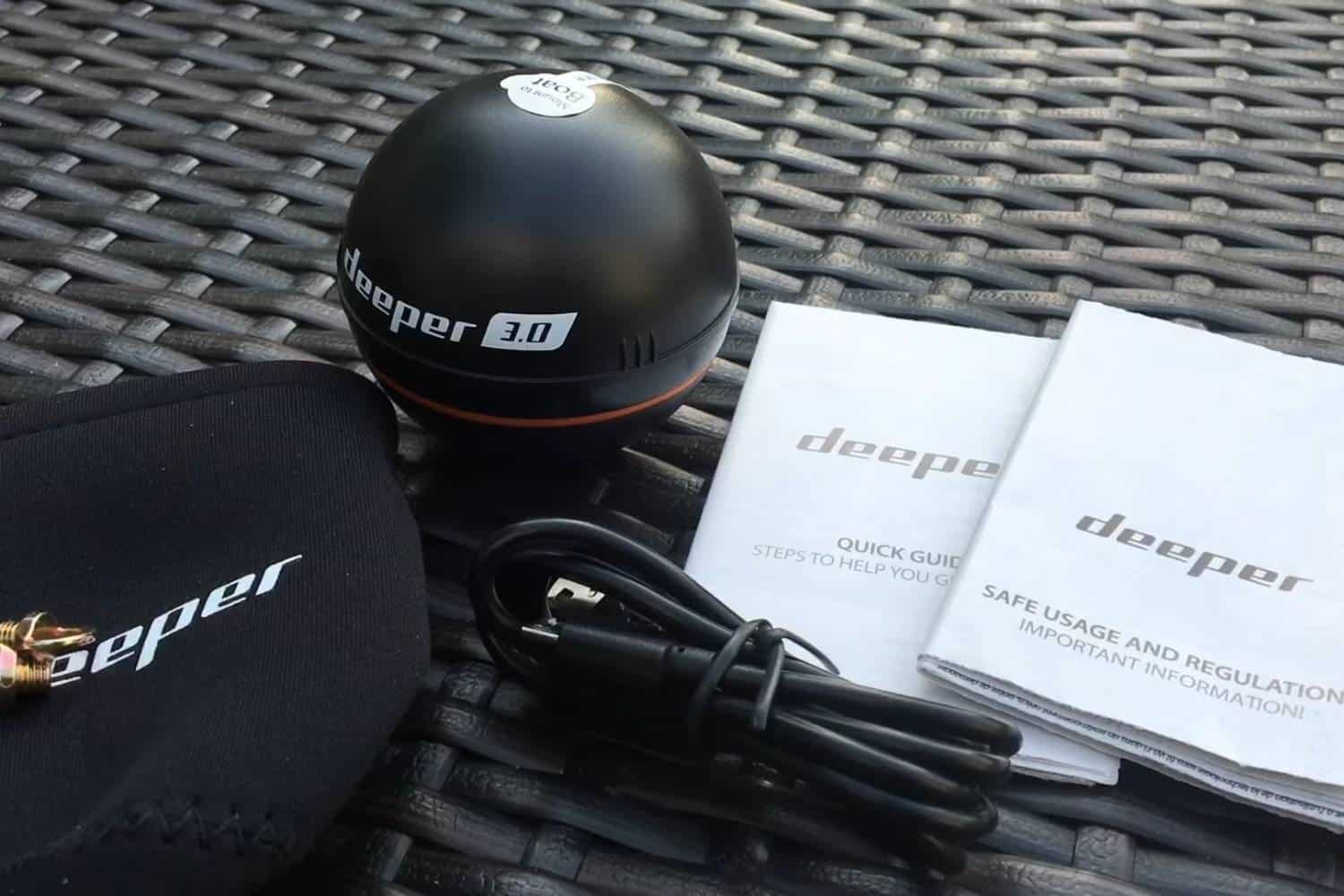 The Deeper is one of the first app-based fish finders to hit the market. It’s a tiny plastic ball that you attach to your fishing line and cast into the water. The readings are transmitted via Bluetooth as soon as it hits the water. Bluetooth transmission is extremely quick, so the data will be presented in real time. 1.5 feet of water up to 40 feet deep, both saltwater and freshwater The Deeper works at all depths up to 40 feet long. The Deeper is designed for fishing on the shore, and it has a deeper depth rating of 40 feet. It’s more suited to shallow-water fishing than the Regular because it’s designed for shore fishing. If you go out on a boat with it, it will only operate in shallower water, which is quite amusing considering the name of the fish finder.

The disadvantage, on the other hand, is that there’s no way you can fish from a beach with a regular fish finder; as a result, this little gadget allows you to go places where a fish finder can’t.

The technology is called SONAR and it requires a battery that lasts up to three years. It also features an internal camera, accurate weather updates, a lunar fishing calendar, integrated map function, personalized fishing log, and social media networks. 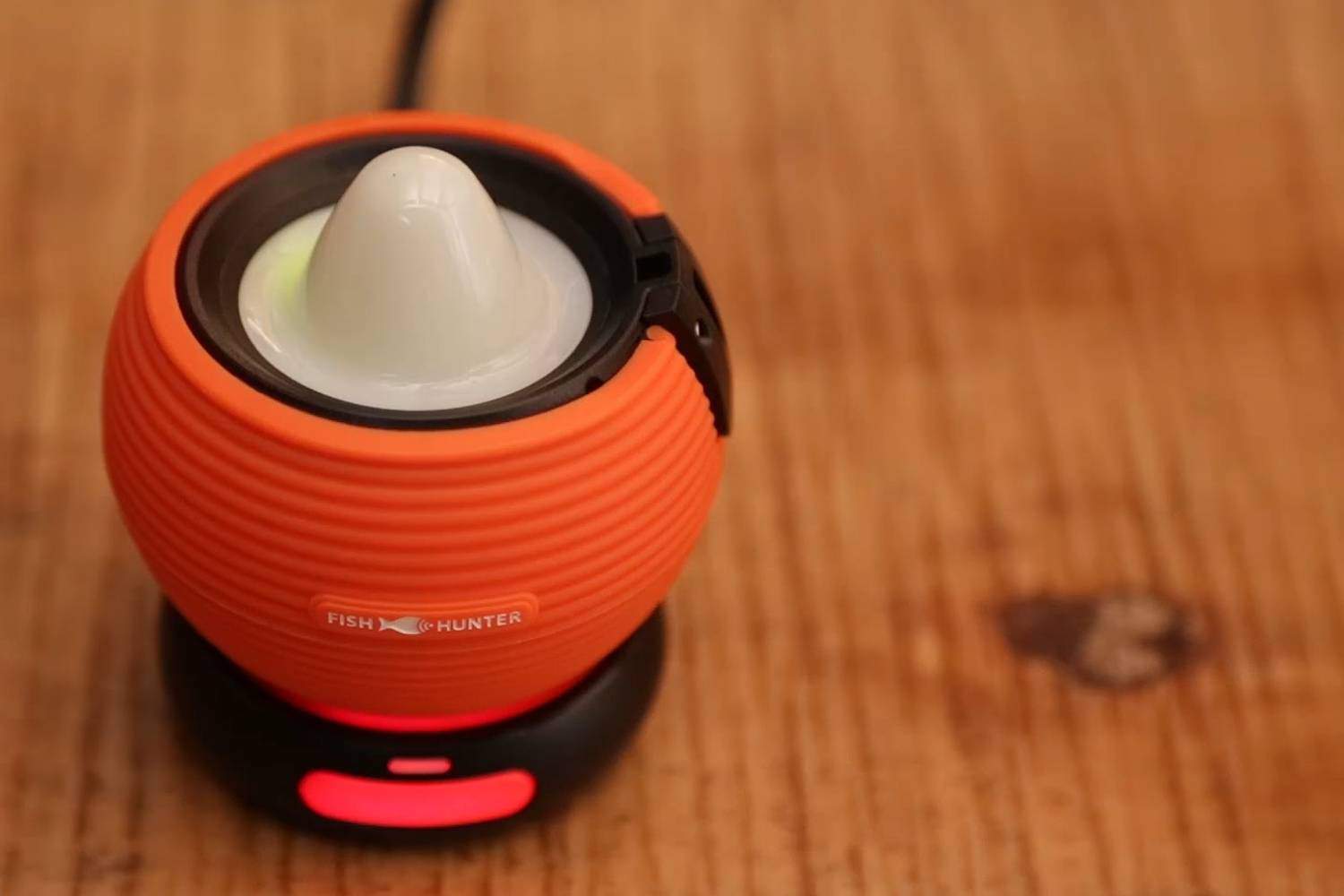 The FishHunter fish finder/app is a high-performance, low-cost portable fish finder. The device is constructed of military-grade materials and can provide depth readings up to 133 feet (in freshwater, saltwater readings will be somewhat lesser). With 8 hours of usage, one charge provides you with enough time to catch all those fish!

Like the Deeper, this attaches to your line and displays readings from any location where you’ve cast.

The FishHunter app has two distinct modes for SONAR readings. For more experienced anglers, it can provide genuine SONAR readings that you may analyze and fish according to. For newer anglers, the program can convert SONAR readings into what it thinks is the bottom as well as what it believes are most likely fish.

The FishHunter has all of the bells and whistles that you’d expect from a fishing app, such as a lunar fishing calendar, a log for recording what fish you catch, and a database of various species of fish, where they are likely to be found, and what bait is most effective on them.

You may also “pin” excellent fishing locations on the map if you have GPS and data connectivity on your phone, and you may see what other people have “pinned.” 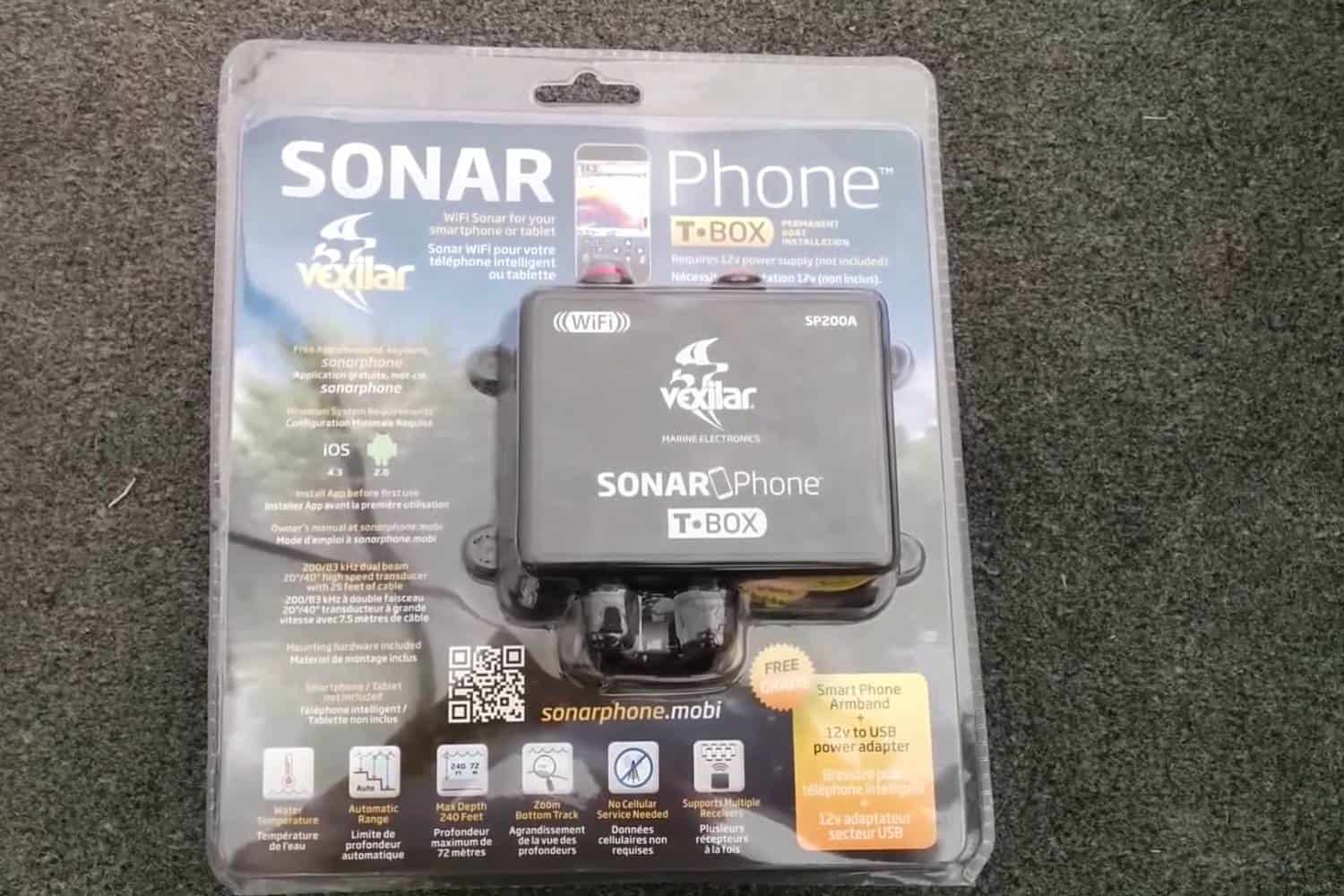 The Vexilar SP-200 is a hybrid between a traditional fish finder and an app fish finder. The Vexilar includes a transducer, much like any other fish locator, as well as a wireless module that transmits SONAR data to your smartphone. Due to the fact that the transducer will need to be attached, this is an excellent option for either a small boat or a kayak. You’ll also need 12 volts to power the transducer and wireless unit.

Once you’ve completed that, the Vexilar outperforms every other fish finder app available. The transducer is as strong as any other fixed fish finder, allowing for depths of up to 240 feet with the 200kHz beam. The readings are so precise that you may actually see your line going in the water and seeing it move up and down as you do so.

If you have your own boat but prefer some leeway in terms of screen size, this is the option for you. Because the transducer is attached to the vessel, you can troll freely or even scan the water for fishing possibilities using this software. You’d have to cast with every other fish finder program.

This fish finder is simply amazing. The included mount, cables, and transducer are top-notch. For the price, there’s nothing else like it. 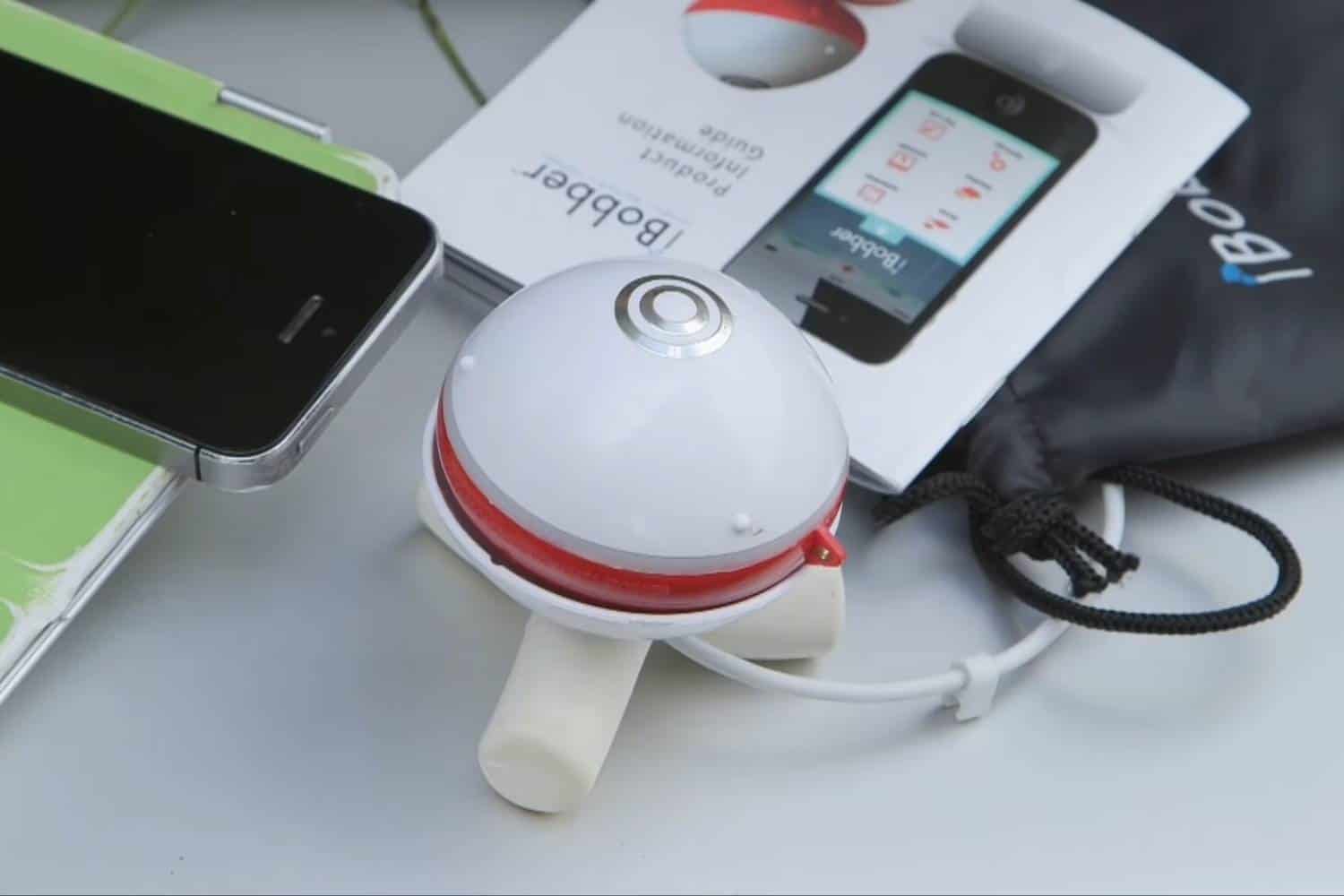 The iBobber is a basic, cost-effective smartphone fish finder. While it doesn’t have the hardy feel of the Deeper or FishHunter, for $100, it gets the job done. It’s connected to your line and casts out up to 130 feet – not bad at all. The iBobber isn’t as sophisticated as a traditional fishfinder; therefore don’t expect the same level of fishing success from it. It’s more of a nice way to make an already good fishing trip even better, filling your freezer with extra fish.

The companion app is also quite useful, providing lunar phase data, temperature, wind speed and direction, and atmospheric pressure as well as the SONAR readings from the equipment.