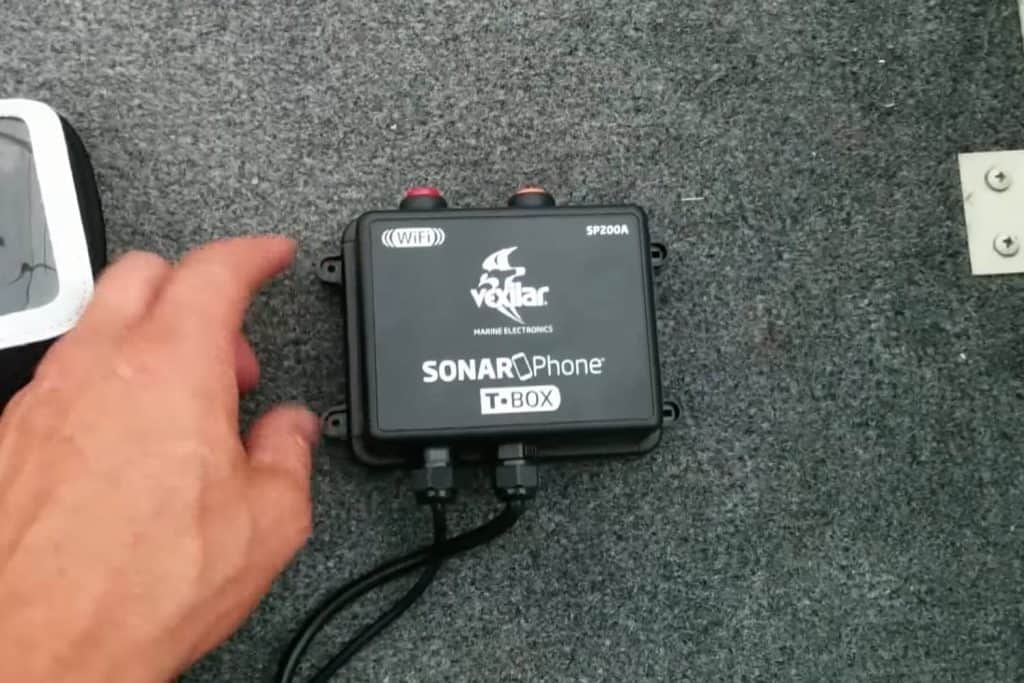 The T-Box Smartphone fish finder is a mix between portable and fixed. A great choice for smaller boats and kayaks, the SP200 is simple a transducer with a small wireless module that connects to your smartphone via an app(available for both Android and iOS), so you can see the SONAR, depth, and temperature data all in the palm of your hand.

The only catch is that it must be connected to a 12 volt power supply, so if you have a kayak, you’ll have to fit one in somehow to provide power to your fish finder.

For the price, you are getting a stunning deal. At less than $200, you are getting a dedicated transducer that can transmit to pretty much any smartphone/tablet screen, so there’s no upper limit to screen size, and this design makes it much better than other smartphone fish finders such as the iBobber and the Deeper, because you can troll and search for fish more effectively than having to cast every single time just to get a reading.

The SP200 shoots a 200 kHz dual-beam(20/40 degrees), which can let you see down to depths of 240 feet in fresh water, which is more than enough for most anglers, and nearly twice as the iBobber and Deeper. 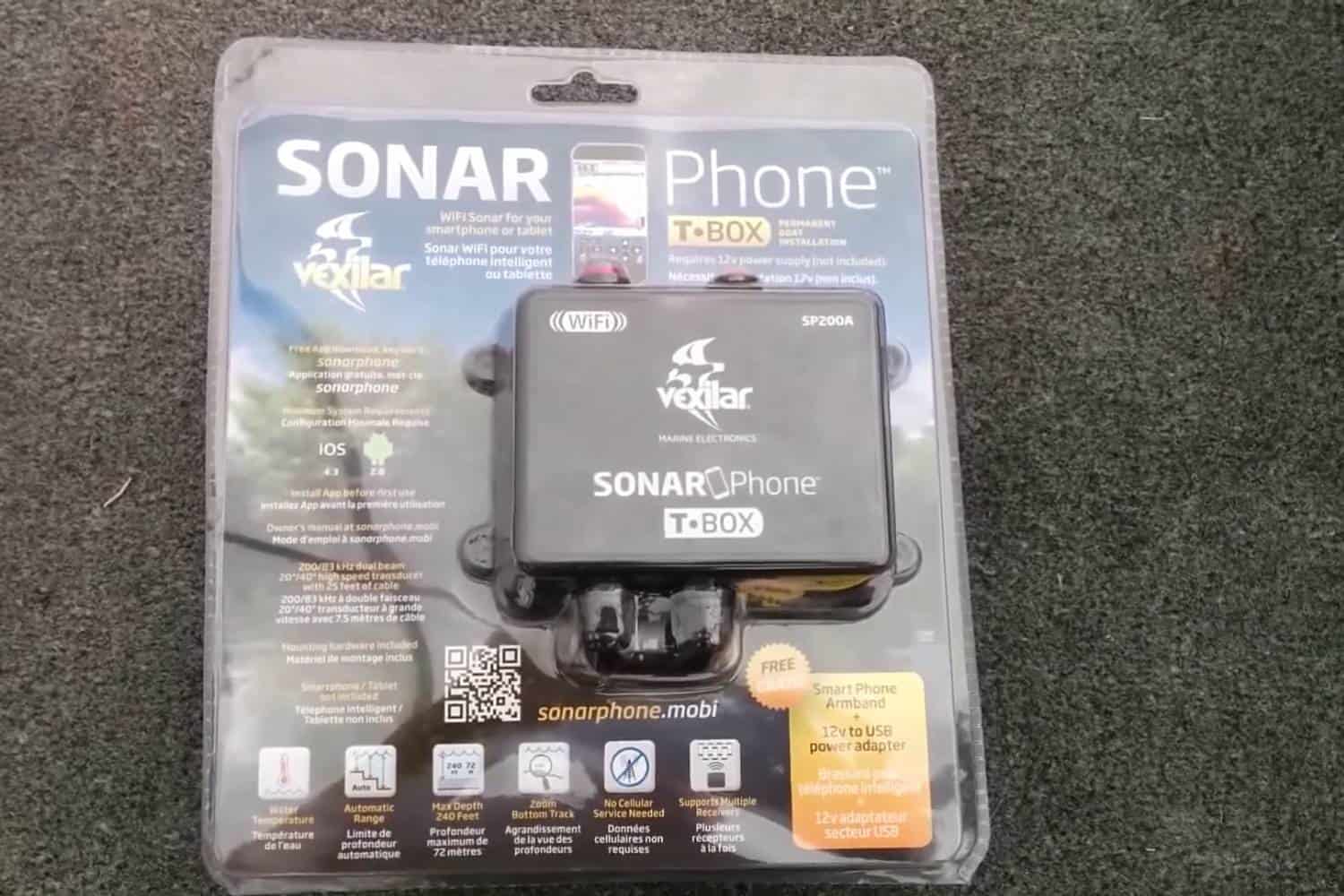 The transducer is very accurate and pretty much like any other fish finder’s transducer – you can even see your lure going in the water, bobbing up and down, and see fish come up from the bottom to get to your lure – it’s that good.

At the end of the day, given the amount you are spending, the Vexilar SP200 is actually quite a bargain because the transducer is as good as other fish finders in the same price range, and you are not limited to screen size, because you can use pretty much any phone or tablet to get whatever screen you like. You can use it on a giant 10 inch iPad, or a small 4 inch Samsung – whatever works for you.

If you were to buy any other fish finder that had a 10 inch screen, you would be looking at spending at least $1000, if not more. For less than 1/5 the price, you are getting a similar screen size(provided you already have a tablet!) and the same basic performance, even though you will miss out on the advanced stuff like down imaging and side imaging.