Things To Look For When Choosing A Fish Finder 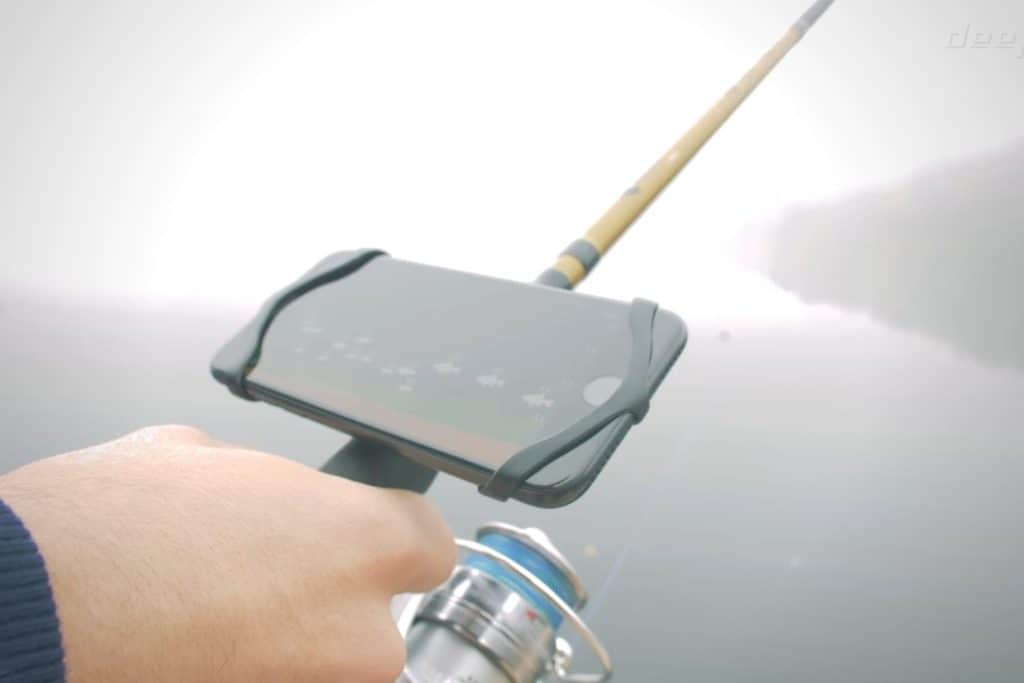 It’s all too easy to get absorbed in transducers, transom mounts, flashers, echoes, and sonar at times. We forget what the most essential decision is when it comes to selecting a fish finder: WILL THIS HELP ME CATCH THE MOST FISH?

That’s all we want for you at Fish Finder Source: for your fishing trips to be full of pleasure, rest, and most of all, buckets and buckets of fish! We want to help you experience the excitement of a bite on your line, the fight between man and fish, as well as the satisfaction of capturing a stunning creature in your hands as many times as possible!

That’s why we’ve put up this article to assist you in making the best decision possible when it comes to fish finders! 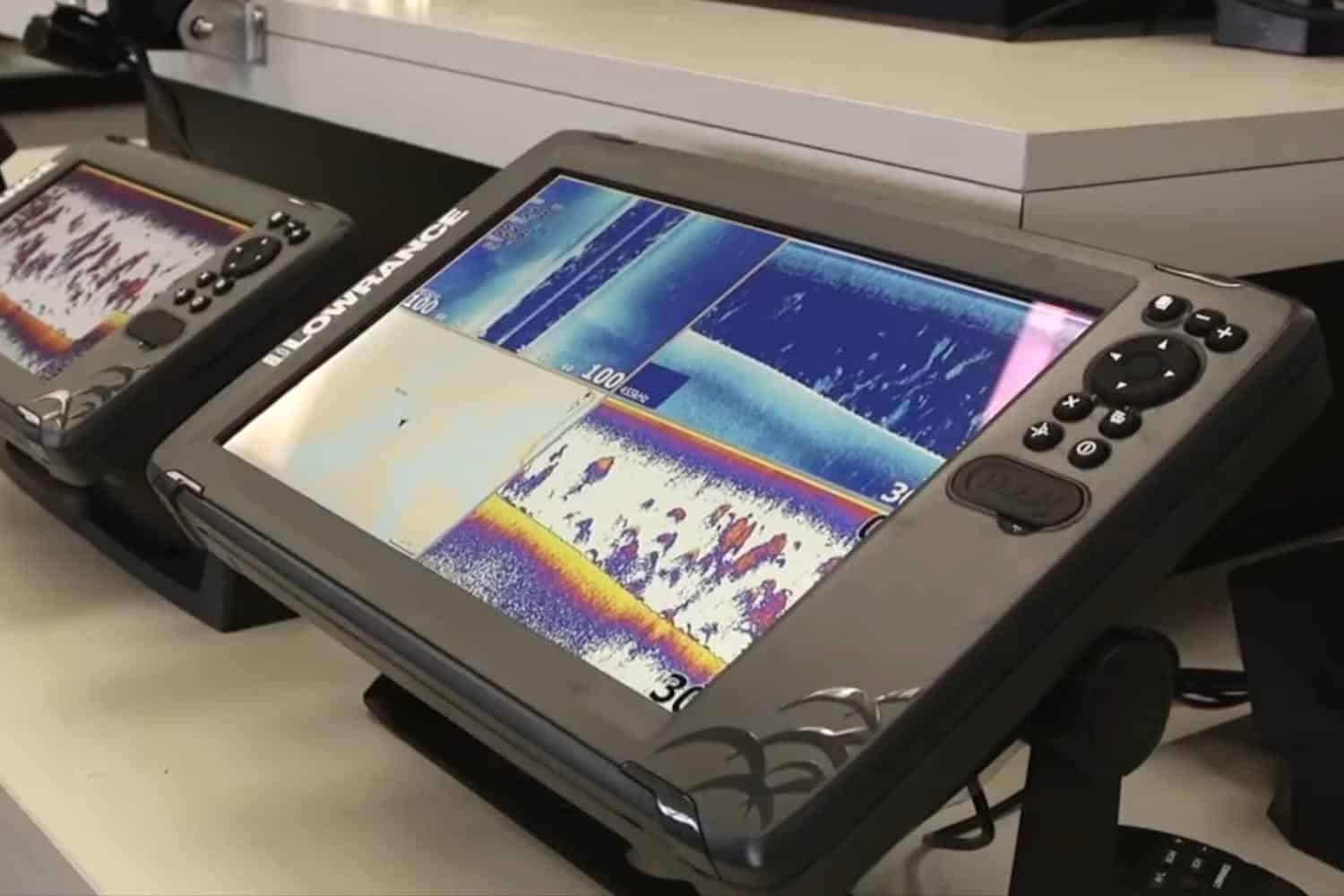 The best frequencies for use in shallow or deep water are 300 Hz, 400 Hz, and 500 kHz. The low 50 kHz transducers are ideal for commercial usage and professionals because they operate at a much higher frequency than their counterparts.

Remember that the higher the frequency, the more detail appears on your screen – there are that many further sonar waves transmitted and received by the transducer, so if you generally fish shallow waters, this is the way to go. Some fish finders can even broadcast a whopping 400+ kHz and various frequencies, which will provide incredibly detailed pictures and let you switch between them for broader, more general views as well as tighter, more specific looks.

A reading at 50 kHz. The water bed is fuzzy, as seen here.

At a frequency of 200kHz, the same region appears much clearer. You can even see some of the objects on the water bed, which resemble plants or tiny fish. 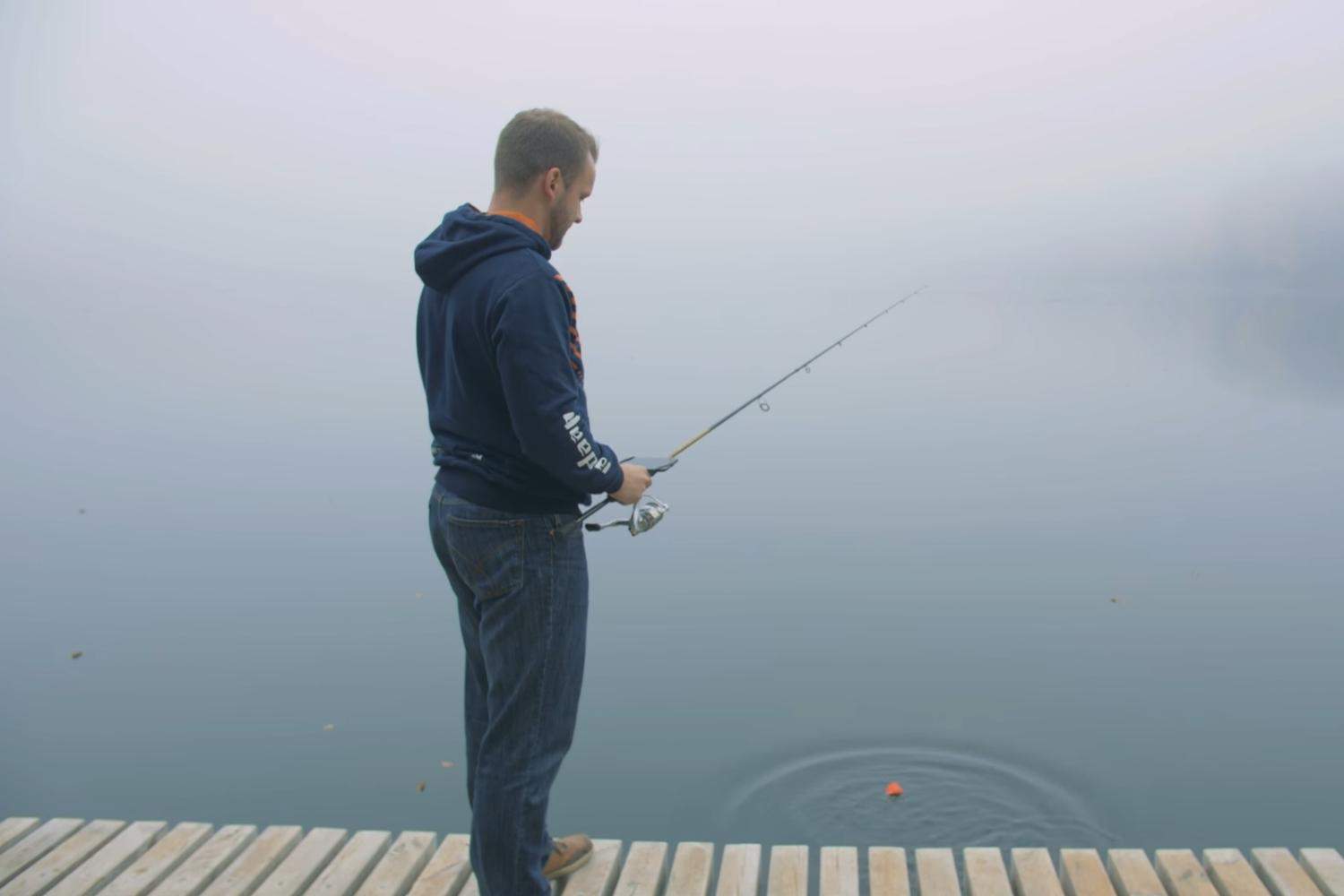 Before you buy, it’s essential to consider power. We’ve organized our fish finders by nearly every criteria at Fish Finder Source so you can quickly identify your best fit. Power is a term used to describe the strength of a fish finder unit (W). The more wattage there is in your device, the faster it can generate readings and the deeper your readings may be. A fish finder with a low wattage will be slower because it converts the sonar waves it receives from the transducer. If the overall power is reduced, the sonar waves will be slower, and your reading will be muddled. If the overall power is greater, the waves will be faster and your reading more precise.

Finally, the shallower the water you fish in, the less power you will require. If you want to fish deep waters like the Great Lakes or saltwater locations, a powerful(in terms of wattage) fish finder is recommended.

Remember that a finder/transducer with 50 kHz frequency response can detect readings up to 400 feet away for every 100 watts of power.

At 200 kHz, your finder/transducer can reveal readings up to 100 feet for every 100 watts of electricity.

Dual-frequency finders are the most popular, and they allow you to view readings from both frequencies (usually 50/200 or 85/200) at once in a split screen layout.

With a specific power/frequency combination, the table below may be used to show you how much depth a finder can provide: 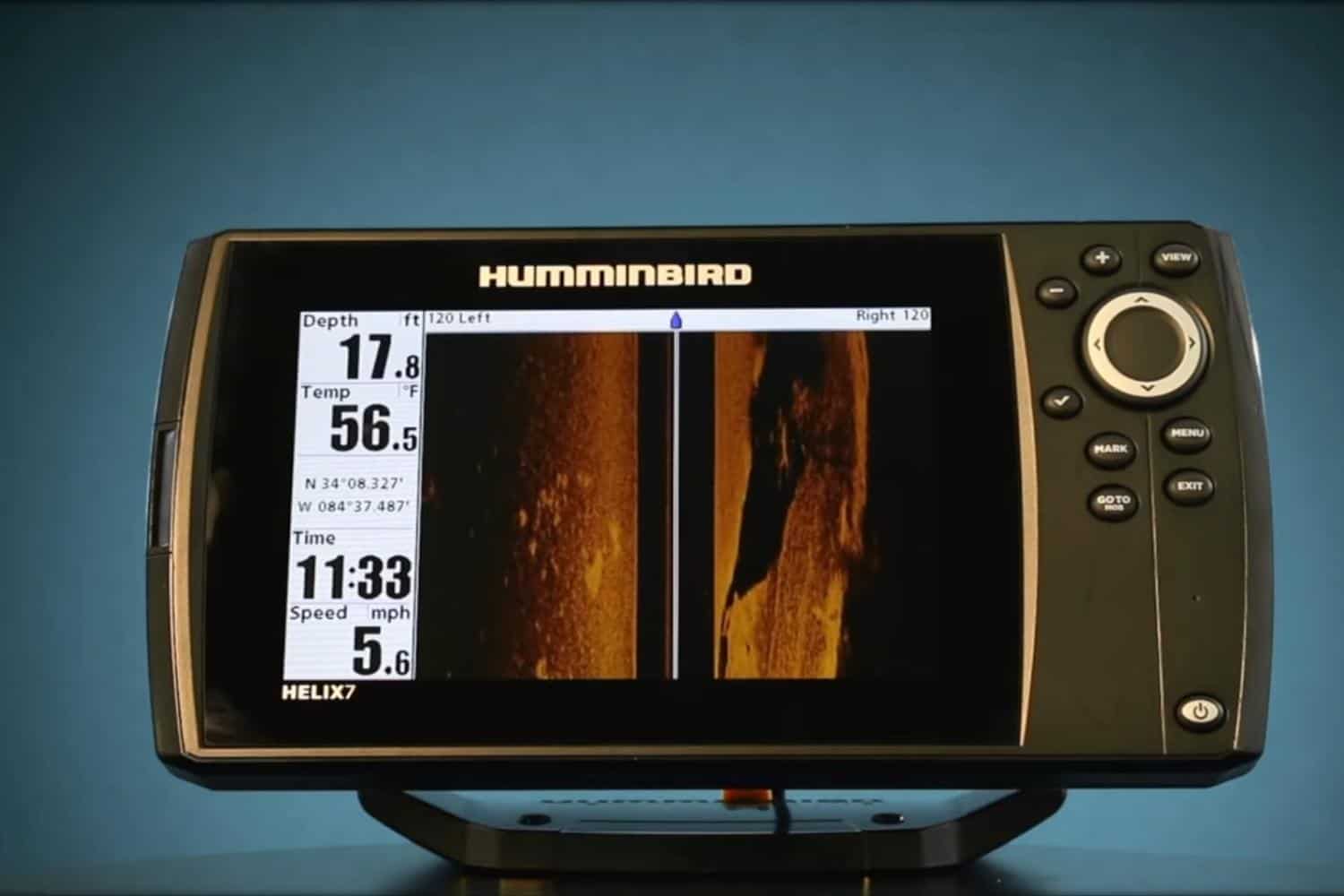 The amount of pixels your fish finder’s display shows is also a major consideration. Consider the pixel as a single dot on your screen. This dot represents the tiniest amount of information your screen can show you. When all of these dots are added together, you get what you see on your screen. If your monitor had 640 x 640 pixels and there was one row containing 640 dots going from right to left and one column containing 640 dots moving up to down, that means there are 641 dots total in each row and column (640+641).

The more pixels there are, the more detail you can see. At the very least, a screen with 240(v) x 160(h) pixels is required. Even then, the image will be rather blocky. It’s worth spending money on a higher-resolution display if you want clearer, sharper pictures.

The resolution of your screen, combined with its size, will be the most important element in determining how visible your display is. The smaller displays on less-expensive models make them ideal for backup or secondary fish finders. If you’re shopping for a primary device, go for the biggest size that your funds will allow. This will result in a clearer image since the echoes, data, and numbers will be separated and easier to see and recognize.

Color screens are the way of the future in technology. They provide greater detail, with millions of colors rather than just 265 colors! A color fish finder will make fish and underwater objects jump off the screen. This makes it a lot easier for you to comprehend what’s going on. Color displays look better under bright light than black and white ones, and if the weather is bad or overcast, the displays will be spectacular!

There are still black and white versions available, but a color display will give you far more pleasure. If not, then something is better than nothing, and a black and white screen is a fine start. 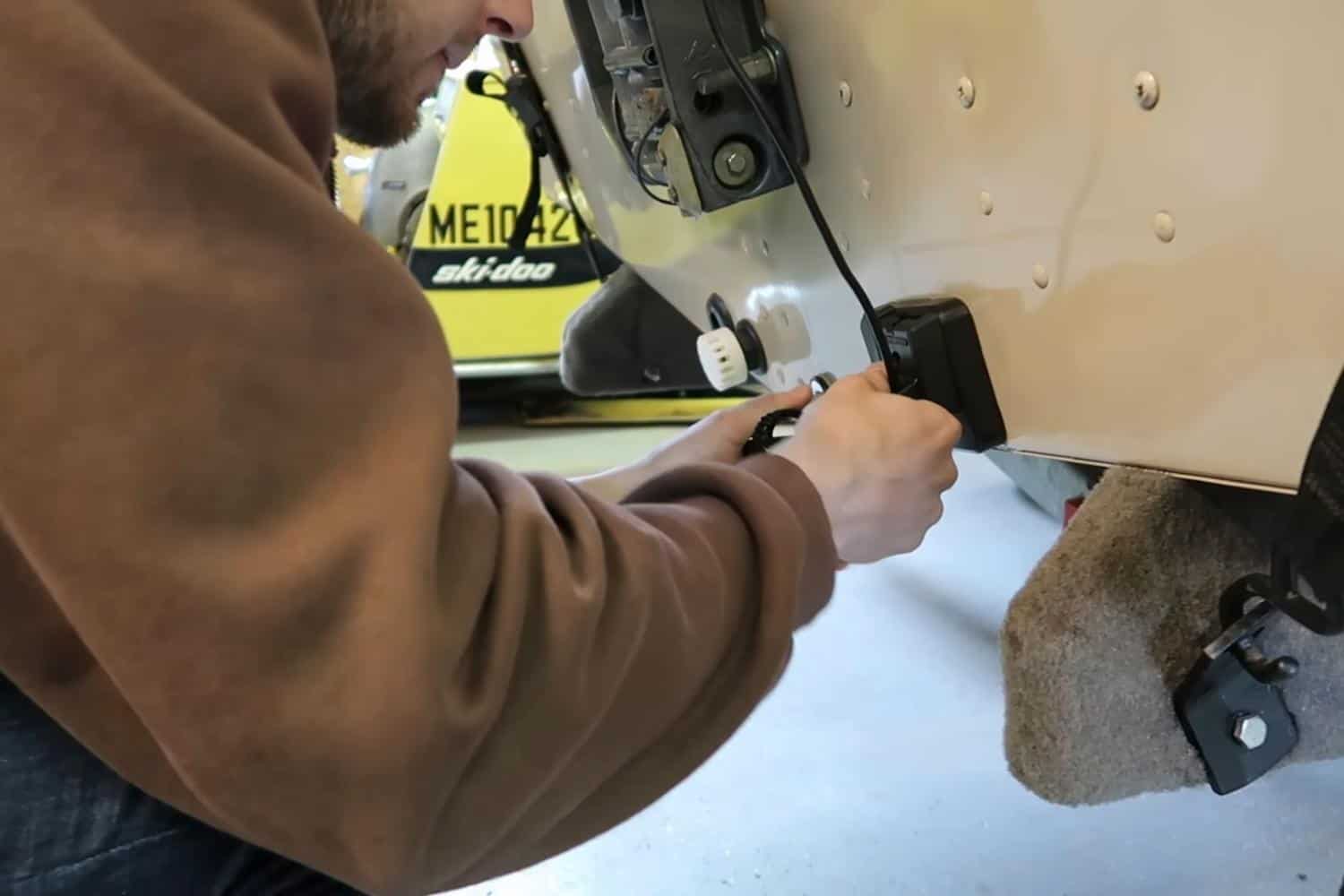 Transducers are the main sonar-emitting and sonar-receiving components. The transducers transmit a sound into the water, which is received by the transducer. It transmits data gathered to the principal unit, which decodes it into an image that we can comprehend.

Out of the box, most of the fish finders we sell include transom mount transducers. These are simple to install and have a low installation requirement. It’s usually better to use different sorts of transducers, such as through-hulls, as your requirements(or boat) get more sophisticated.

The wavelength of a transducer is measured in meters. Another critical factor to consider while selecting a transducer is cone angle. The cone angle of your boat’s beam as it enters the water is referred to as cone angle. It’s likened to an upside-down ice cream cone at the top (where your transducer will be). As you go down, it gets thinner and more pointed (this is where your transducer will be). It becomes wider and broader with each successive layer. The larger the degree of the cone, the more area it encompasses. As you descend further and deeper, the cone grows wider and wider. Keep in mind that as the cone angle widens, sensitivity diminishes in greater depths.

The most popular range of angles for transducer cones is 16 to 20 degrees. The majority of devices are in the 16 and 20 degree ranges. For anglers who fish in a variety of water depths, a 20-degree cone is a good place to start.

The ability of transducers to produce more than one cone from the same starting point is really cool. In other words, a single beam will be provided by the conventional transducer. You can move forward and acquire a dual beam, triple beam, side beam, and so on as you become more skilled. The addition of additional beams allows you to cover a larger surface area – which is fantastic when looking for fish in a lake.

Some models include these extras by default, while others will need an upgrade. The cost of these more expensive, but significant benefits will depend on your budget. If your primary playing area is relatively shallow water, dual beams are preferable to single beams since they will cover a greater surface area. 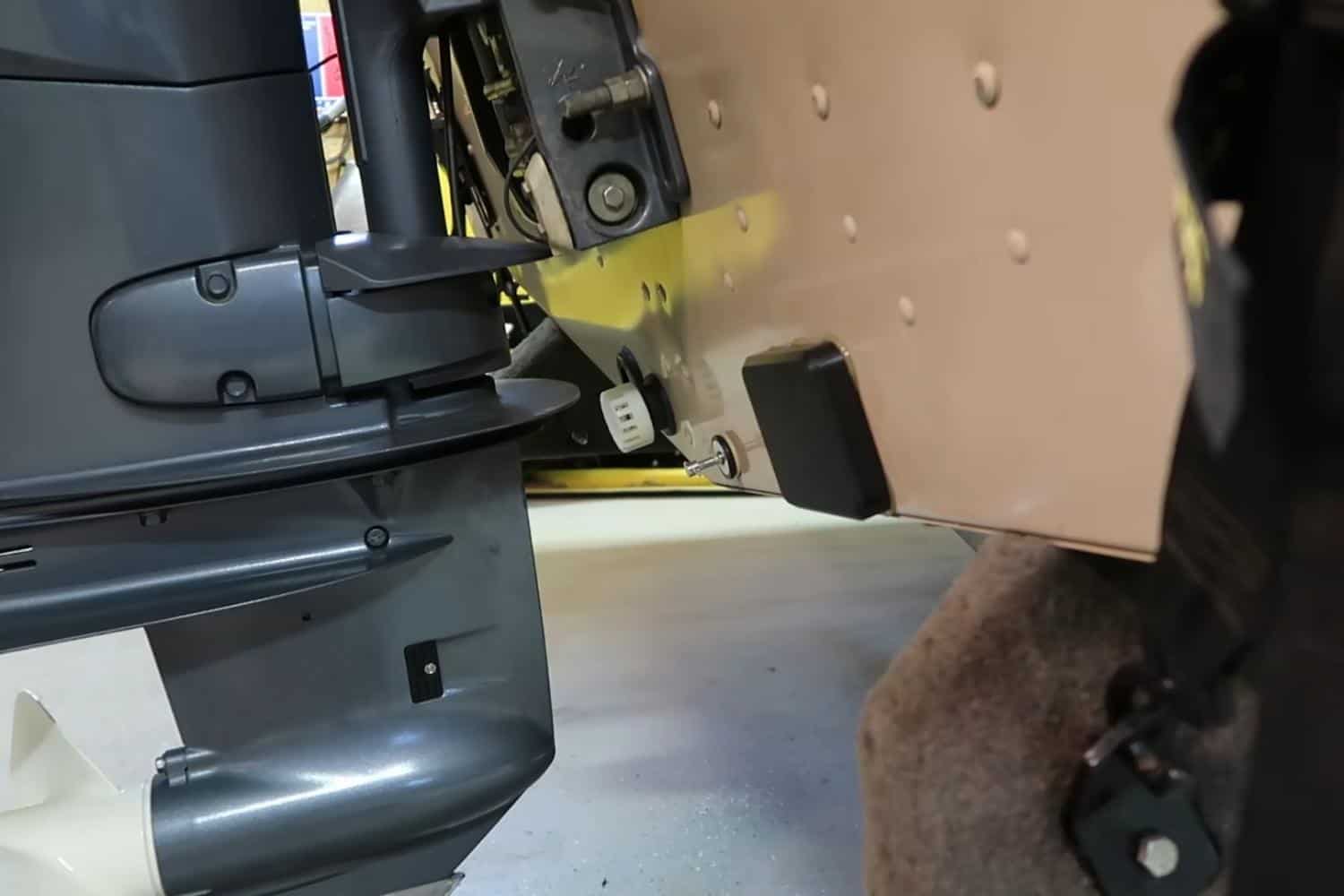 Transducers are made of a variety of materials, each suited to a certain type of boat. Most fish finder devices we offer come with plastic transom mount transducers preinstalled, although this is acceptable for most casual/sport fishing and is applicable with almost all types of boats, except perhaps pontoons, in which the transducer would need to be mounted someplace else creatively.

Trolling motor transducers or transom mount transducers are the most popular types of fish finders intended specifically for recreational anglers. They will work with any sort of boat, so long as they’re installed correctly.

You may pick between a bronze and a plastic through-hull transducer if you want to install one.

It’s better to use bronze rather than plastic on wooden hulls since a plastic transducer could be damaged by wood expansion and result in a leak.

In the case of a stainless steel housing in a metal hull, an insulating fairing is required.

If your boat has a good ground system, you should avoid putting in a transducer with metal housing.

Some versions include extra features such as a speed and distance function. This is especially significant when trolling, since you can see how fast you were going when a fish bites. When it comes to drift fishing for particular species, the same goes for choosy fish that will only chase a bait at specific speeds.

Having a temperature gauge on board is also essential. It will assist you in locating warmer water or determining the optimum temperature for what fish you’re attempting to capture.