How To Read A Fish Finder’s Screen – Complete 2023 Guide 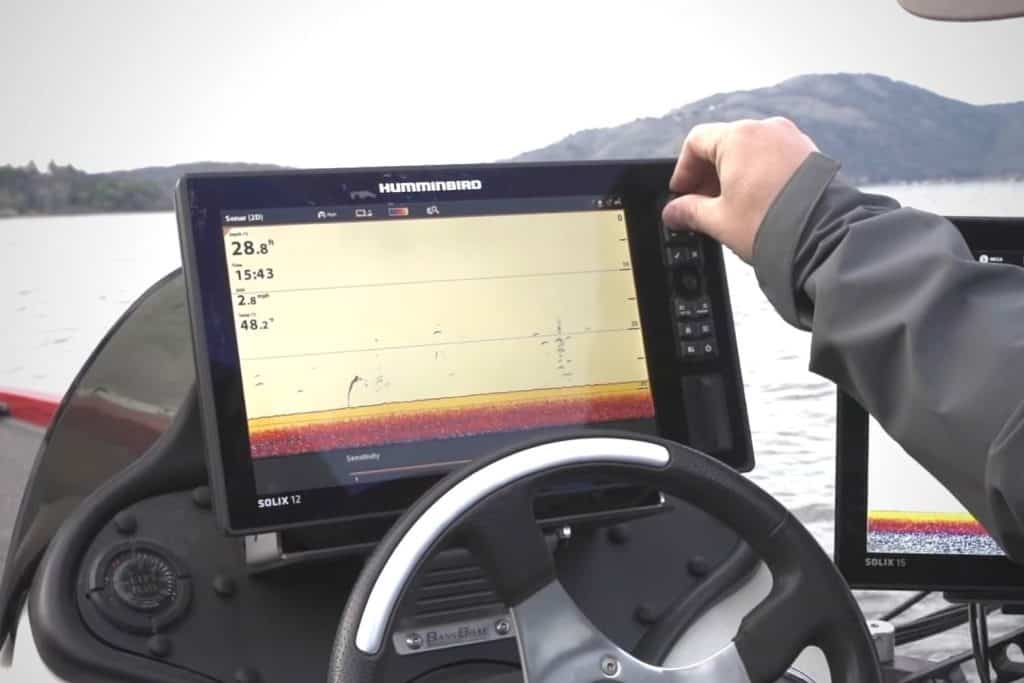 So you have a shiny new toy on your boat and you are excited as anything to crank it up and turn into a fish catching machine! You turn it on, and all you see are wavy lines and dots scattered everywhere…and you think “What? Where are the fish?”

Fish finders are also known as sounders – what they do is they shoot out sound waves into the water, and measure their speed and strength when they bounce back. The readings show up as “echoes” on the screen. The thinking behind it is that the most and slowest echoes should be the bottom, and everything in between is either structure or fish. It’s that simple!

3D(Down and Side Imaging) Fish Finders

Fish finders are incredible devices – they just have a little bit of a learning curve. Once you get the hang of reading your fish finder, you will be able to do it half asleep!

There are three basic types of fish finders, so let’s have a look at each one of them. To start: 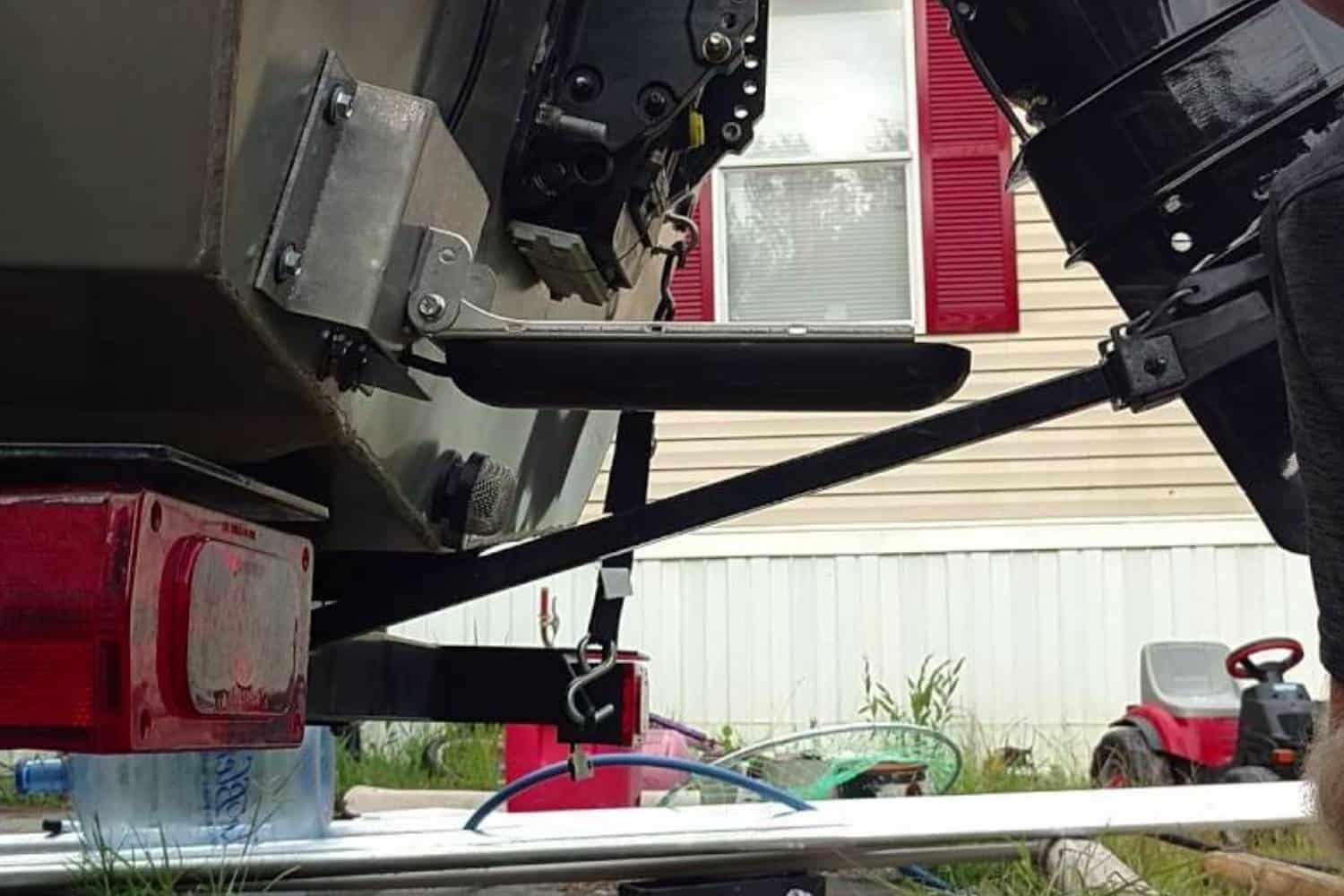 The picture above is of a Humminbird PiranhaMax 190c – which is an entry-level fish finder with very basic features, and a 3.5 inch color screen.

The two numbers on the top right show two very important readings – the depth of the current reading and the water temperature. Temperature readings will only show up if the transducer has a temperature sensor built into it. There is also a reading for speed(in mph or kph, depending on what you prefer) available in some models.

Look at the large red wavy line you see going through the screen – this is the bottom. Notice how the red line is pretty thick, and you can see green below it all the way – this indicates that it is a soft bottom. Some sonar waves are hitting the bottom and bouncing back, but some are penetrating the bottom a little further and coming back as weaker echoes – so it is a soft bottom. A very hard bottom would have just had one deeply colored line and nothing below that.

The image you see here is of a Humminbird 398ci Side Imaging fishfinder. It has a special side imaging transom mount transducer. On the top right, you have the depth of the water. The readings on the bottom are of temperature and speed.

Since a down/side imaging fishfinder uses a much higher frequency, the picture it shows is much, much clearer. It’s almost as good as sticking your head in the water and having a look yourself!

This is a Side Imaging finder – so the line that you see going through the middle is the surface of the water. On each side, the deep blue is the water level, and the light purple is the bottom. Note that some fishfinders have an option to change the color scheme – so while this color scheme is blue, you may prefer to see it in brown, green, etc. 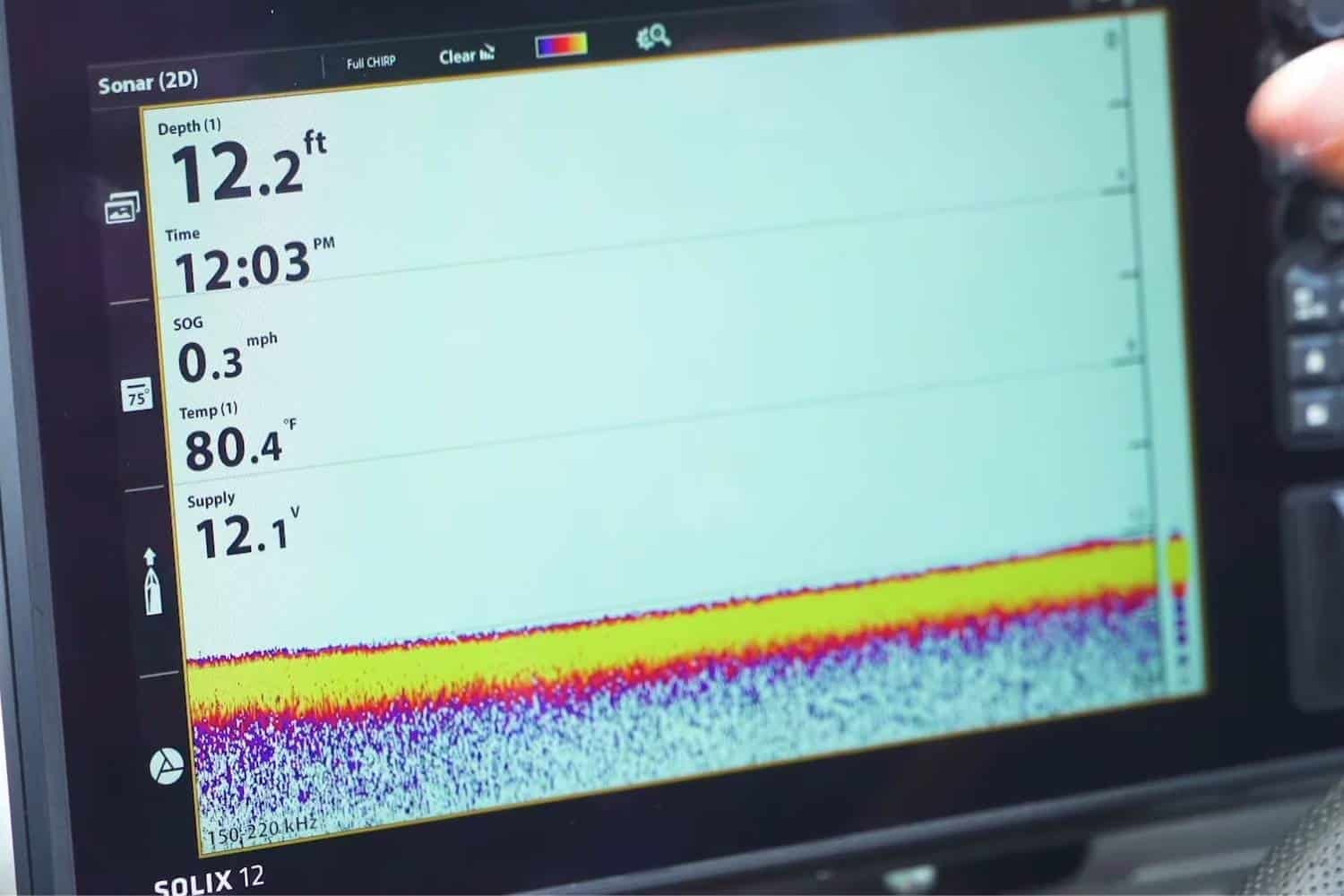 On the left side of the screen, below the depth reading, you can see that there is a nice bit of structure. There are a few trees – you can even see the shadows.

Wait, what? Shadows? Don’t you need light for shadows? Not in fishfinders, you don’t! The shadows are actually areas that the sonar doesn’t reach – so they show up as “voids” or more commonly “shadows.”

If you look really closely, right next to the depth reading, you can see some small dots – can you guess what these are? That’s right, FISH! These are so small, though, that they are probably baitfish. But you are on the right track! Where there is structure and baitfish, gamefish cannot be too far!

The right side is much more interesting. Near the top, there is a huge scattering of small objects – which seem a lot like fish. It could of course be some debris floating around, but it’s most likely fish.

As you look down the screen on the right side, you can see some more trees and weeds – more structure. So if you were out fishing and you saw this area, it would be a great place to cast your line and see what bites!

When you put a down/side imaging finder and a regular finder side by side, you can really see the difference in picture. The advantage of having more accuracy at your side is that the images are much much sharper.

The school of fish we saw on the right side may have been mistaken for just structure on a regular fishfinder – this is because it is so close to the bottom. The echoes may have shown up attached to the bottom, and it would seem like a big tree or submerged object instead of a school of fish!

The only disadvantage that down/side imaging has is that their reach is only 100-200 feet deep, and that too in freshwater. If you like to fish on the deep blue, a down/side imaging sonar would only do you so much good. 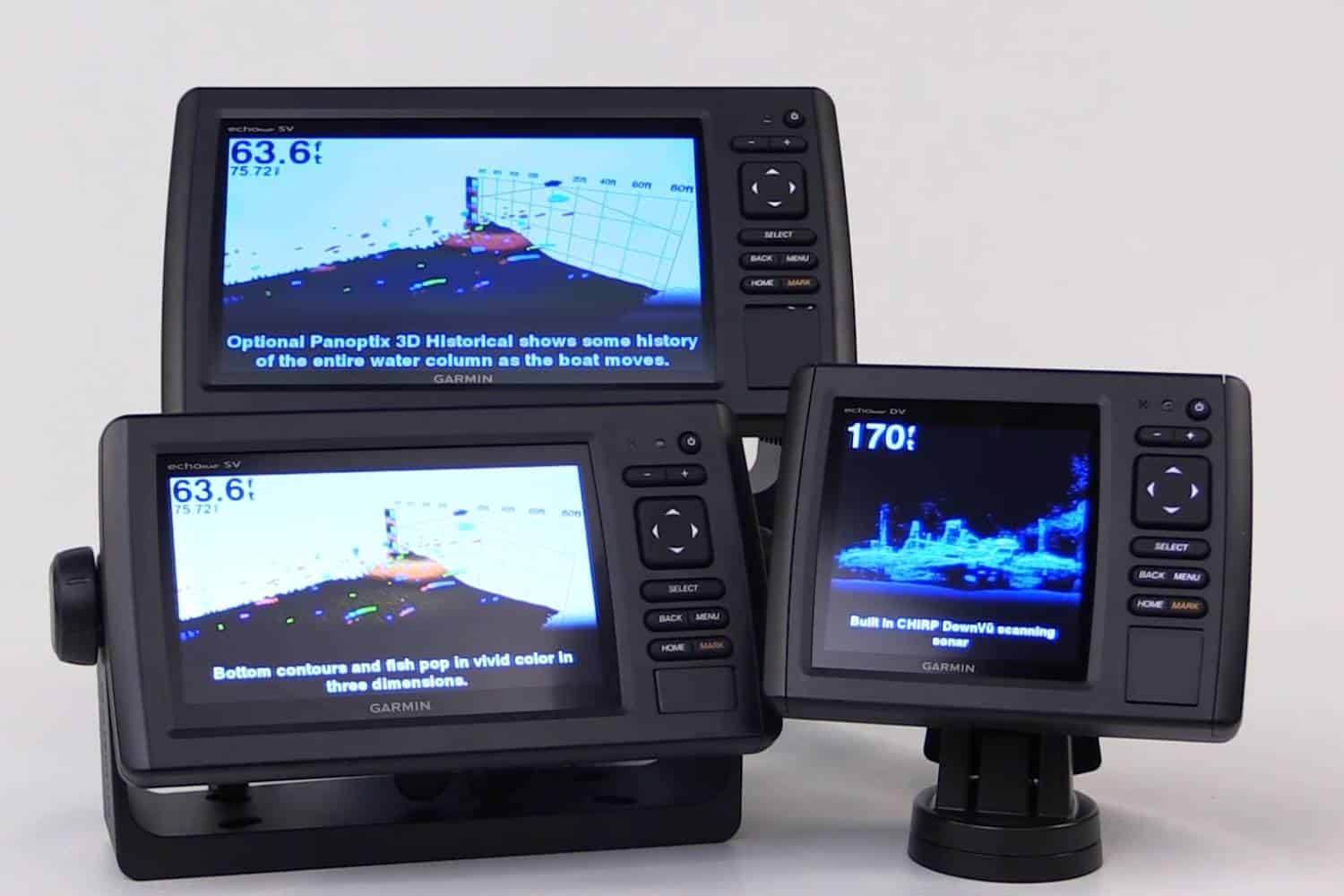 The image you see above is of a Lowrance Elite-5 DSI display fishfinder and chartplotter. With the increased screen real estate, you can split the view into two – looking at sonar readings on one side and navigational charts on the other. You can even combine the two views by marking viewpoints at places you find interesting.

The Lowrance HDS series has an awesome feature where you can super-impose the structure on to the map, so you can see your boat going through the structure rendered on the map. It would seem like your boat is actually navigating the underground peaks and troughs as it moves along!