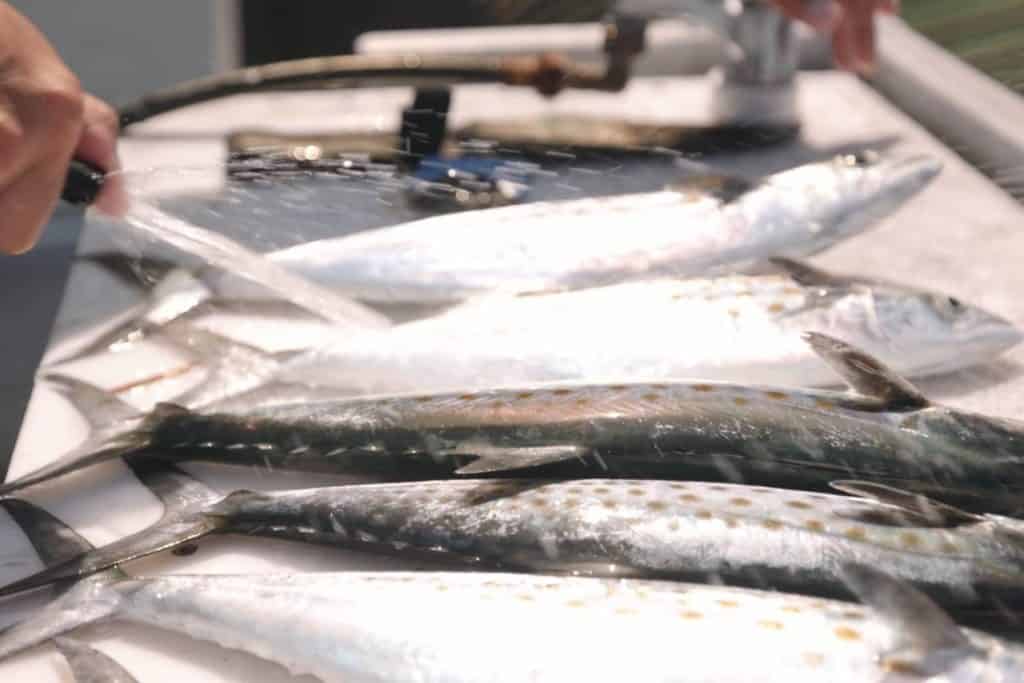 Spanish mackerel, also referred to as the narrow-barred mackerel, is a ray-finned saline water fish that has a bony slender body. Its jaw structure is such that the top and bottom jaws are of almost the same length. These mackerels are designed to look right ahead in front of their heads. They feed in large schools, driving the small baitfish they prey on to the surface of the sea. This makes fish-eating diving birds to go for the smaller fishes and subsequently guide the fisherman to where Spanish mackerels are feeding for a quick catch.

Their meat is darker than in most other fish species, and is one of the tastiest fish meats. This species is highly rich in Omega-3 and Omega-6 fatty acids, a group of poly-unsaturated fatty acids that have huge health benefits to the human body.

Spanish mackerels can be easily filleted and can be eaten while fried, baked, steamed, broiled, smoked or poached. All in all, Spanish mackerels are quite easy and fun to catch, and make some nice stew if you learn a few tricks on how to eat them.
In this article we are going to discuss the best techniques on How to Catch Spanish Mackerel, including where and when to find them, as well as how to tackle them for an easy catch using the Best Telescopic Fishing Rod in the market. 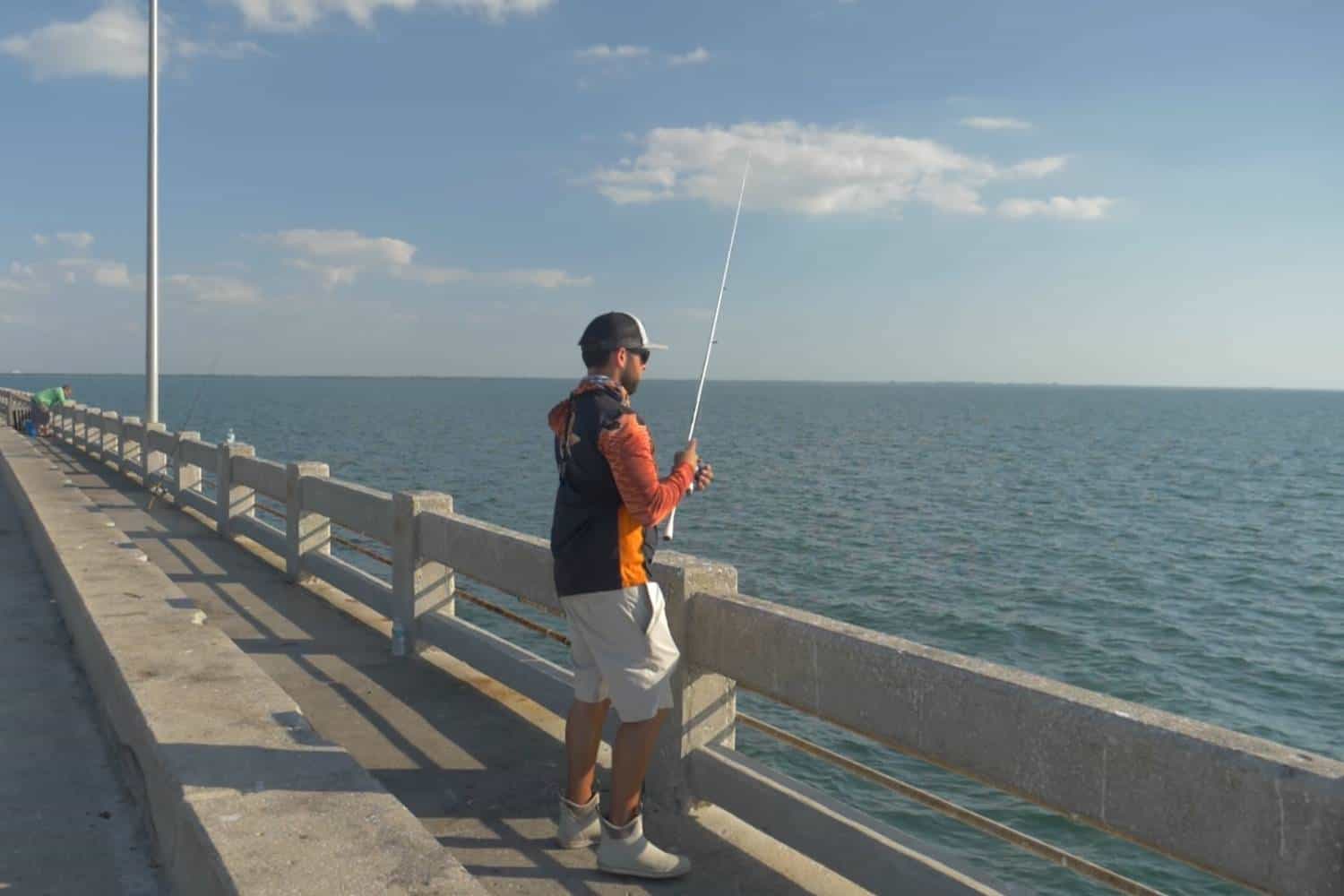 Spanish mackerels are not just found at any time or season of the year. And as we have already highlighted in our introduction above, the diving of fish-eating birds is a key event to look out for. The mobbing birds are mostly looking for fish anytime between March and early October. You will easily spot them flying all over the nearby bays and inland waters in the heat of summer.
Keep your eye on these dive birds whenever they are flying around, especially the places where they come down to the sea to pick their prey. Most of the times, this will be a dead giveaway that a certain kind of bigger predator is feeding below.

Although lots of different predators may cause this kind of activity, in the spring, summer or early fall, this often means that Spanish mackerels are feeding on the smaller fishes below.

Between March and June, this activity will mostly be happening offshore, then it moves onto the beaches and the passes after that. By mid-July, the mackerels are so close to the beaches and the piers that you can hook them while standing on the wood, or the beach sand. During the summer and early fall, it is possible to catch them on the flats as well as near the tops of the larger bays. Spanish mackerels eat a lot of the small fishes and will be found around their prey for much of the day making it quite easy to find and catch them.

Being an open-water fish species, even when Spanish Mackerels are inshore you will rarely find them hanging out waiting for their bait. Most of the time they are chasing it themselves. When they have found a target, they will school around it and then send out scouts to tighten the grip around their schooling targets before pushing them into balls and taking turns to eat them. Some of their most common baits include threadfins, anchovies, scaled sardines, as well as Spanish sardines.

Spanish Mackerels are coastal pelagic fin-fish species that form huge, fast-moving schools to trade the open seas around the Atlantic Ocean, especially between New York and the Gulf of Mexico. Between late summer and early fall, they will migrate southward to spend the winter season along the southern coast of Florida until early spring.

How to Differentiate Spanish Mackerels from other Fish Species 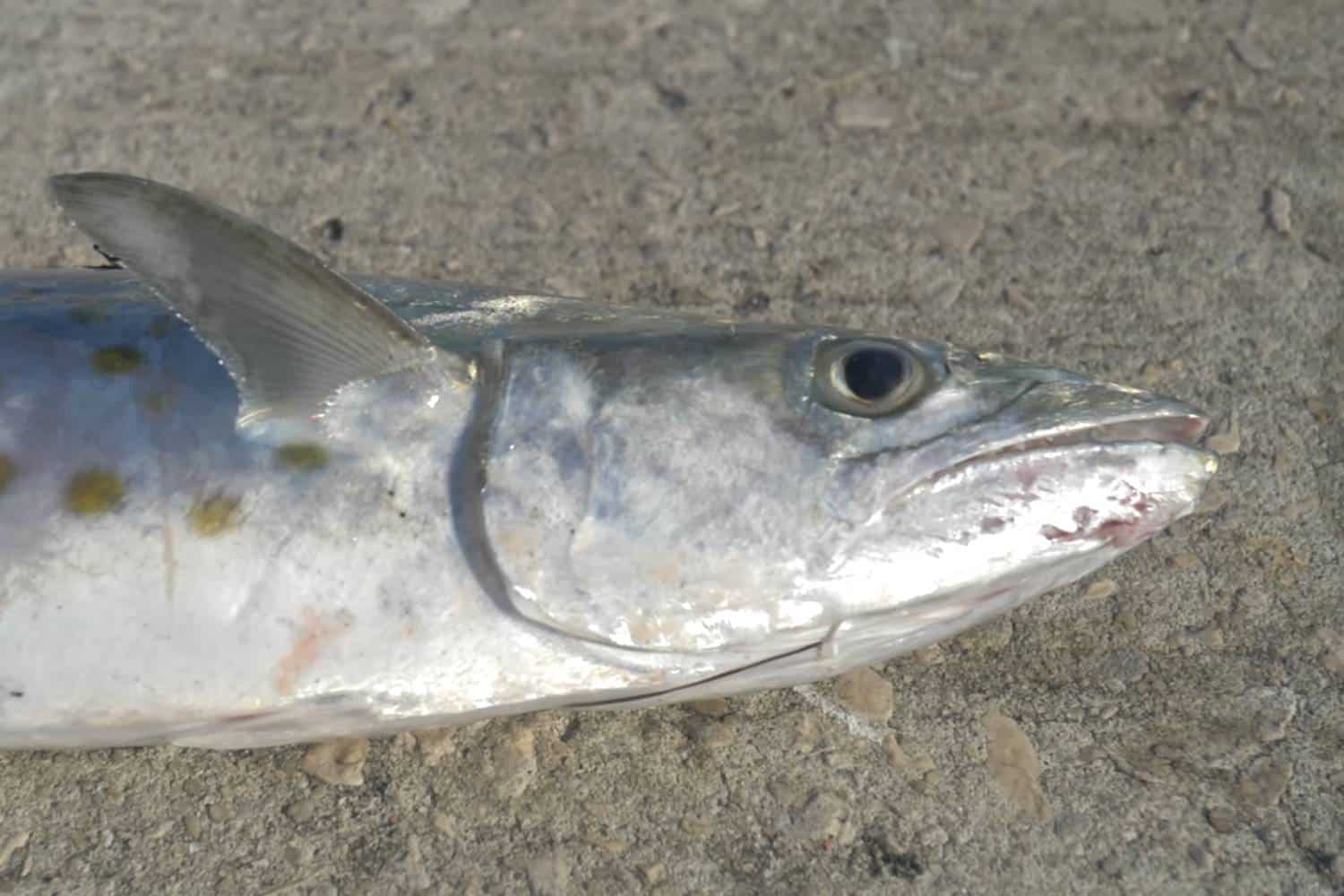 Spanish mackerels have a slender bullet-shaped body. Their many colors are blue and silver, and their backs will often be spotted with some golden yellow or olive ovals. Although some people may often confuse them with Ceros or King Mackerels, Spanish mackerels can be distinguished from the former two in that they have these spots without the stripes on the sides that the two other species have, and the fact that they lack scales on their pectoral fins.

Spanish mackerels will vary widely in body size. However, there are many other common features that they share with each other and which help differentiate them from other species: Spanish mackerels are extremely swift and are powerful and excellent swimmers. An average-sized Spanish Mackerel will weigh between 2 and 3 pounds, with those weighing 9 to 10 pounds being considered large ones.

Incidentally, the tackle you decide to use to catch Spanish Mackerels will depend on your own taste. However, since these mackerels are not the largest fish in the ocean, their tackle will normally range anywhere between light and medium. But there is one thing that must hold constant for any setup: you really need to be quite fast with it because Spanish mackerels are astonishingly swift and hit very fast. You therefore need to cast far, real fast and be prepared to set your hook fast when you locate your catch.

The best techniques for catching these mackerels include trolling lures and baits, as well as jigging chrome lures. You can also try using live baits with some of the Best Telescopic Fishing Rods like the 7-, 8- or 10-foot Shimanos, or the Alvey 555T Estuary.

My name’s Paul Watson, and before I start, let me ask you some questions: Are you interested in hunting animals? And if yes, are you good at this and have you go any special secrets to perform this well? Yeah, no matter what your answer is, providing that you are a hunting lover (like me), come and check out www.outdoorchoose.com.