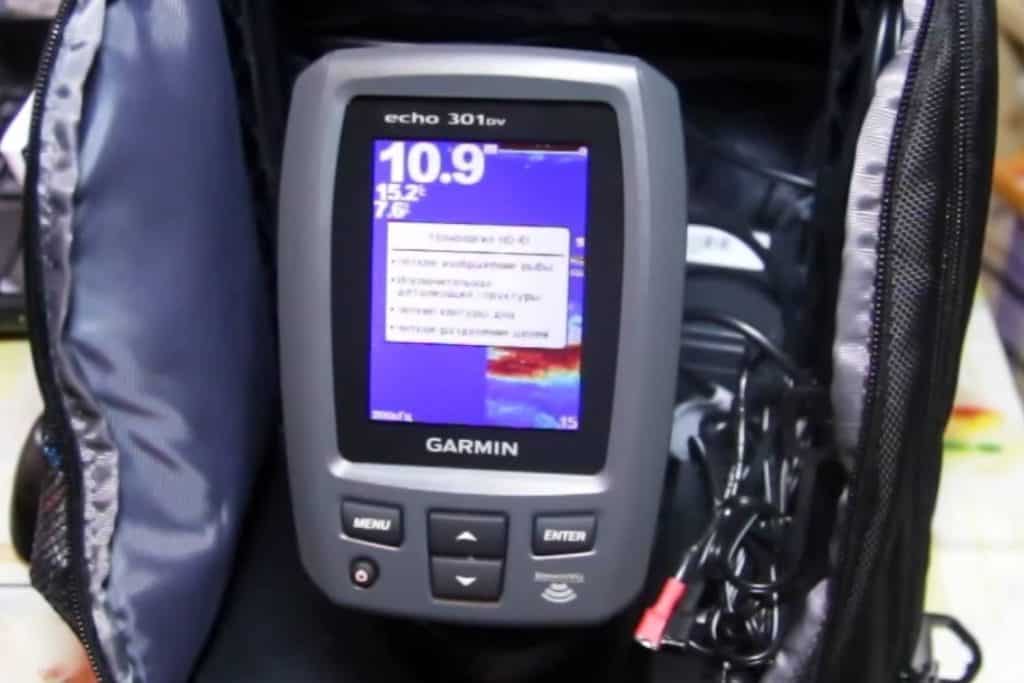 The Garmin Echo 301dv is an upgraded version of the popular Garmin Echo 300. From a distance, they appear to be almost identical, both having a 3.5 inch color screen and being equipped with the same set of guts, but the 301dv has brand-new innards ready to help you take your fishing to the next level.

The Echo 301dv is equipped with a basic 77/200 kHz transducer and 300W of power to produce conventional SONAR readings from shallow and deep depth levels. In freshwater, Garmin claims that their 77 kHz transducer beam can reach a maximum depth of 1750 feet, which is more than enough for even the deepest depths of a lake. 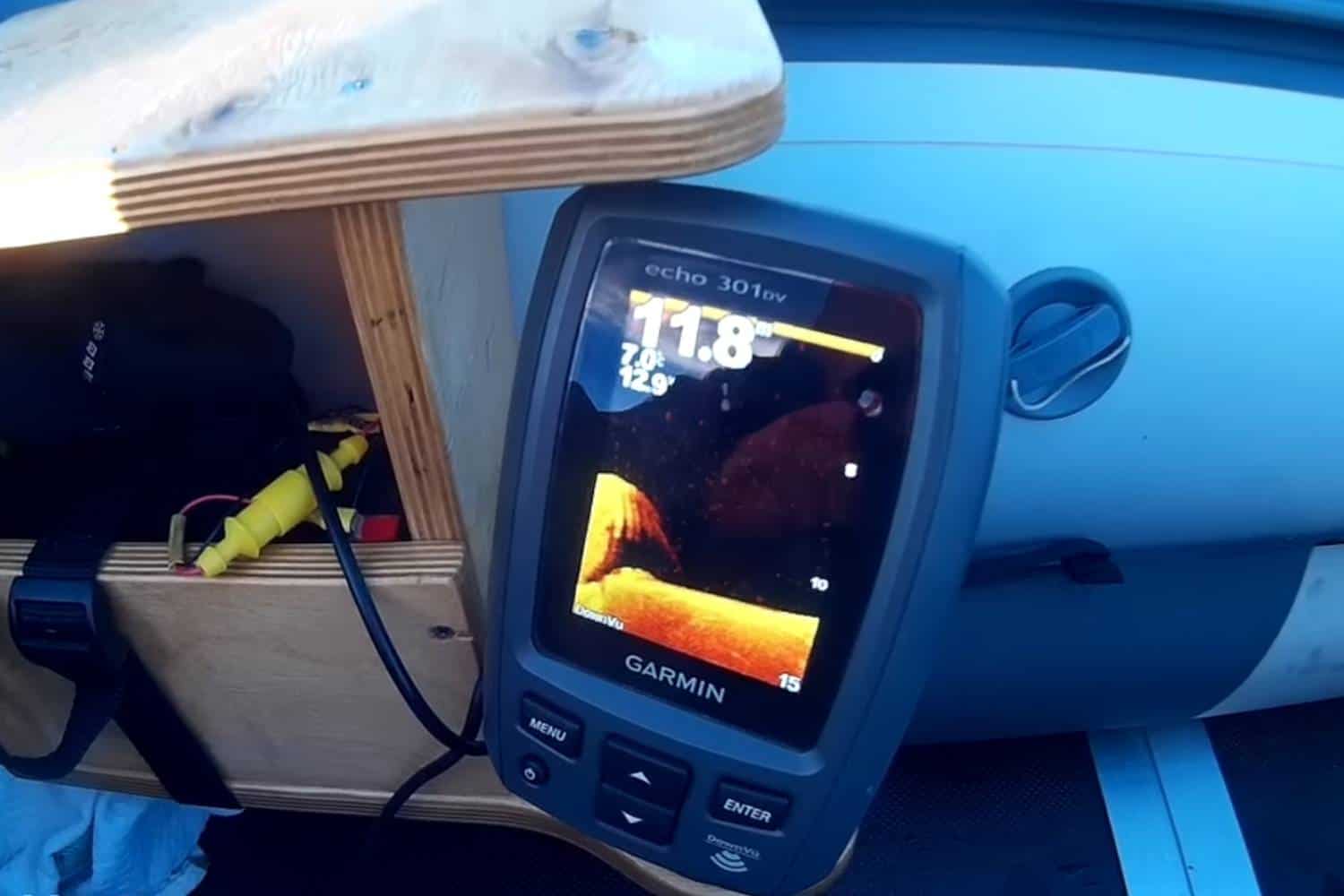 Garmin has also introduced something called Smooth Scaling, which helps ensure that your photo remains consistent as you move from one frequency to the next. This prevents you from losing sight of that fish you were tracking!

That’s just the problem: with a depth of 1750 feet, it will all be squeezed onto a little 3.5-inch screen. Typically, you won’t fish more than 60 to 100 feet deep, so falling for manufacturer gimmicks based on “it can see so far” is foolish.

Instead, the Garmin 301dv is a wonderful choice since it offers excellent SONAR performance – users of the Echo 300 would never switch back to anything else, and the 301dv follows in its older sibling’s footsteps.

This is Garmin’s first 3D SONAR product, and it is one of their smaller fish finders. Garmin refers to their version of the technology as Garmin DownVue, and it works in the same way – if not better than – Humminbird’s or Lowrance’s DownVision and Down Imaging. Furthermore, in its standard model, Garmin has combined DownVue with conventional SONAR, a functionality that until recently was only available on Lowrance and Humminbird models.

DownVue is a satellite-based technology that Garmin users and supporters will appreciate – as it is required for fishing to have structure. It can display accurate, clear, and realistic readings of the aquatic environment. You may view the DownVue readings on their own or alongside traditional SONAR in split screen.

The Garmin Echo 301dv is outfitted with all of the standard Garmin features, including HD-ID technology, which converts SONAR readings that are most likely to be fish and displays them as little icons rather than lines. It also includes common fish finder functions like depth alarms, image improvement, and a thermometer and speed sensor for good measure. 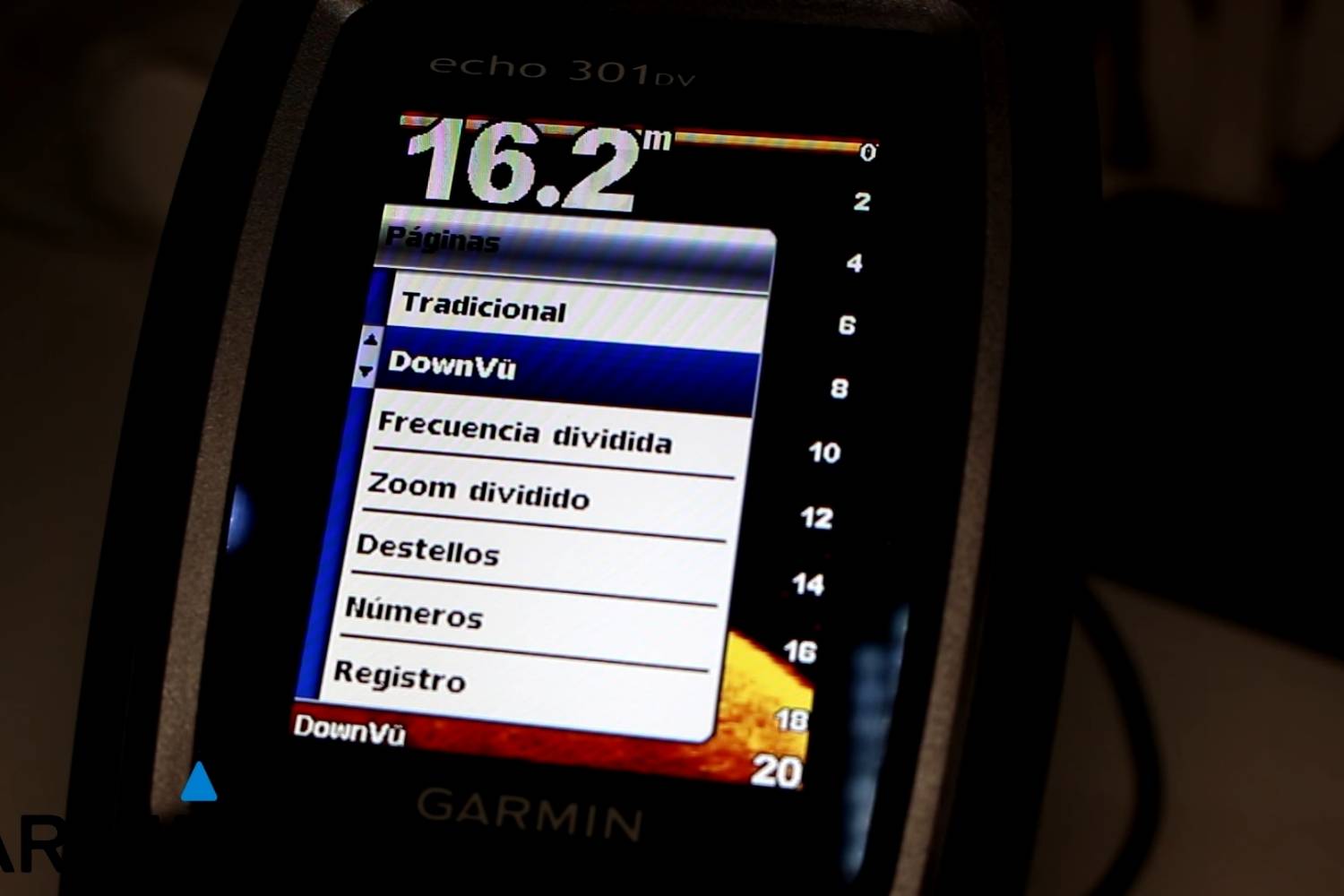 The Echo 301dv comes with a transom mount transducer and a trolling motor attachment out of the box, which is rather clever because every other manufacturer will charge you $20 extra for a trolling motor mount.